Makur Maker stated in a recent television interview he wanted to study business and renewable energy while attending  Howard Unversity to take that knowlege  back to his home land in Africa. 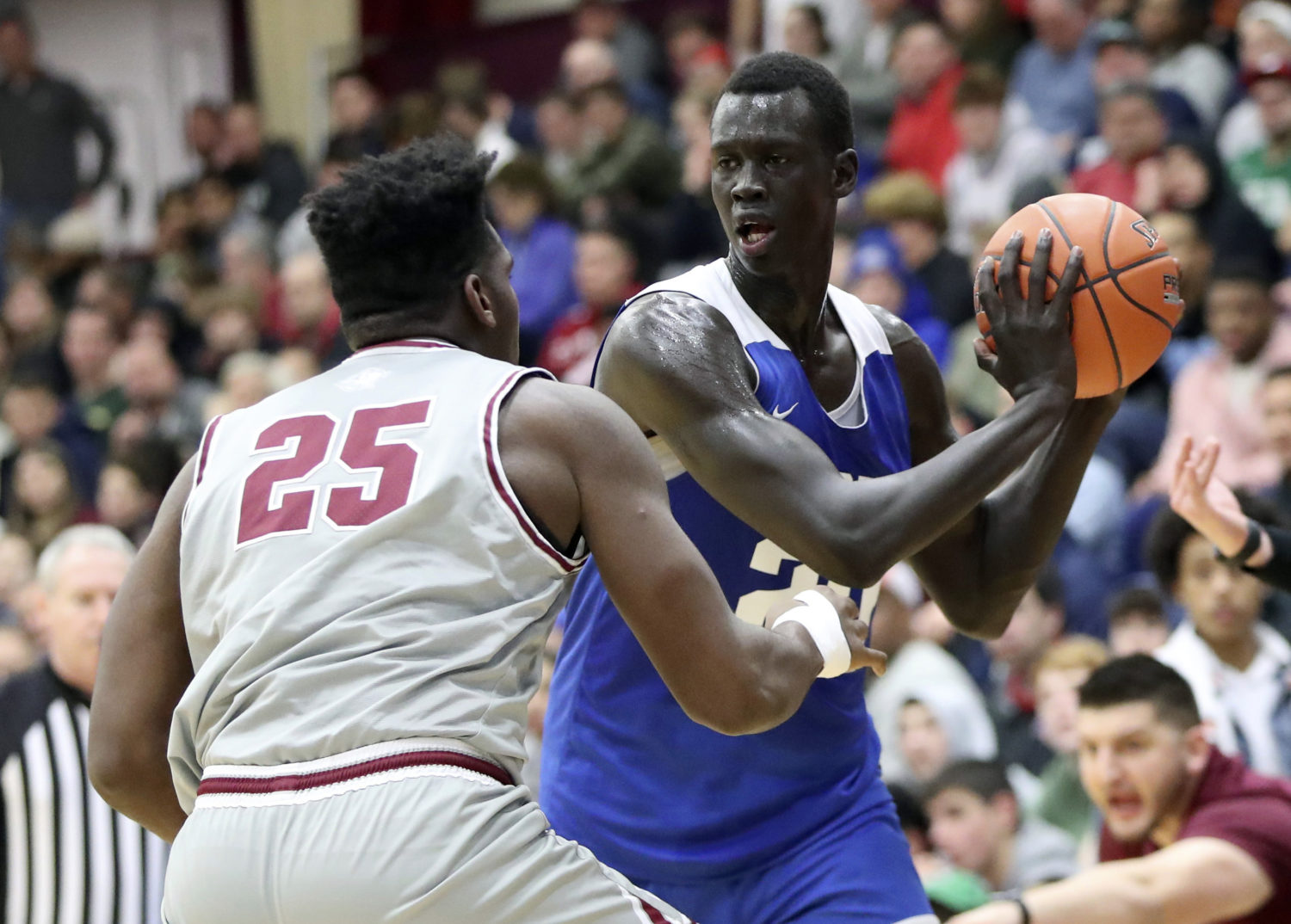 Five-star recruit Makur Maker, right, will play for Howard University this year, choosing the school over UCLA, Kentucky, and Memphis.

Makur Maker on his decision to attend Howard: ‘I want to change the culture’

On July 3, highly touted basketball prospect Makur Maker became the first five-star basketball recruit to commit to a historically black college or university since at least 2007, revealing that he would attend Howard University this fall. Five-star recruits are considered the most talented prospects, and Maker, a 6-foot-11 center from Hillcrest Prep Academy in Phoenix, is known for his impressive ball-handling skills and great shooting range.

“I was the 1st to announce my visit to Howard & other[s] started to dream ‘what if,’” he tweeted. “I need to make the HBCU movement real so that others will follow.”

Within 24 hours of his announcement, Maker received plaudits from a number of prominent figures, including ESPN First Take host Stephen A. Smith and California Sen. Kamala Harris, the former presidential candidate and a Howard alum. Critically acclaimed director Will Packer later disclosed that he’d begun developing One and Done, a film about a heavily recruited athlete choosing to attend an HBCU.

Maker had also received offers from the University of Kentucky, the University of California, Los Angeles, and the University of Memphis—all college basketball powerhouses, but none HBCUs. His decision to play for the Howard Bison is a boon for the D.C. school’s athletic reputation, and could even boost Howard financially by attracting more fans, merchandise business, and media coverage. While the Bison had an unremarkable 4-29 record last season, Maker could help lead the team into a brighter future.

But it remains to be seen whether Maker’s choice of school—and those of other up-and-coming Black athletes—marks the beginning of a broader “HBCU movement” for the National Collegiate Athletic Association, the entity that oversees college sports for more than 1,250 institutions and conferences, including Howard. Top players typically attend prestigious programs whose teams consistently win or compete strongly in NCAA tournaments, such as Duke and Gonzaga universities in the case of basketball. HBCUs have produced 30 National Football League Hall of Famers and 44 Olympians, according to The NFL Hall of Fame and The Undefeated.

Maker’s decision comes at a time unlike any other in college sports. While the COVID-19 pandemic threatens fall sports such as football and cross country, winter sports like basketball have managed to move forward as they normally would. Top recruits such as Jonathan Kuminga and Moussa Cisse announced their post-high-school plans this week, and the NCAA claims that March Madness will take place next spring. At this point, the biggest roadblock in Maker’s path is the possibility of fan-less stands in the early parts of the season.

Maker isn’t the only basketball phenom who’s set his sights on a D.C.-area HBCU this year. In June, Elijah Fisher, a rising high-school sophomore in Toronto, said he was “seriously considering” an offer to attend Morgan State University in Baltimore and play for the Bears, the school’s NCAA men’s basketball team. While Fisher also has competing offers from UK and the University of Southern California, another prestigious basketball school, among other institutions, he said he was excited about Morgan State’s offer because it’s an HBCU.

“With everything that is going on in the world with social injustice and police brutality against people who look like me, I think it’s important to support the schools that have people like me there,” he told Sports Illustrated. “We have to change that way of thinking that only certain schools are big time offers.”

If a trend among young, highly ranked Black athletes heading to HBCUs is emerging, it may go beyond basketball. The No. 1 high-school football recruit in the country, California’s Korey Foreman, has named Howard as one of the top seven schools he’s considering attending this fall. Although it’s common for top football recruits to announce their school preferences, no other top-15 recruit this year included an HBCU on their list.

Should Foreman, Fisher, and Maker all attend local HBCUs and help bring their teams success, it could go a long way toward raising HBCUs’ athletic profiles at a time when conversations about race and racial equity are taking precedence in higher education, sports, and many other realms.

Attracting star athletes could benefit HBCUs’ bottom lines by leading to more wins, fans in seats, games broadcast, and profits for athletic departments. According to Business Insider, about 30 Division I athletic programs—the top-tier programs under the NCAA’s purview—each generate roughly $100 million in revenue a year. But none of those programs is run by an HBCU currently.

In 2018, the University of Texas, Texas A&M, and Ohio State University had the three highest-grossing programs in the NCAA, with each bringing in more than $200 million in revenue. By comparison, the highest-earning Division I HBCU was Prairie View A&M, which generated $19.7 million in athletic revenue and ranked 147th out of 227 schools. Seven of the bottom 10 athletic program revenues were those of HBCUs.

While more successful sports teams could help HBCUs obtain a bigger slice of broadcasting contracts, it wouldn’t put money directly in the pockets of players. Under current NCAA rules, college athletes don’t get a cut of ticket sales, TV deals, or merchandise sales. That arrangement has long been a source of controversy. In 2016, CBS and Turner paid the NCAA nearly $9 billion for the broadcasting rights to the association’s Division I Basketball Tournament through 2032.

“He’s still going to Howard to not get paid, right?” ESPN host Bomani Jones said of Maker, in a recent episode of The Right Time with Bomani Jones podcast. “Just because it’s Black people that are doing the exploiting doesn’t mean the exploiting is not going down here.”

Some observers have also raised concerns about the fact that Howard and Maker’s other top choice, UCLA, are schools sponsored by athletic-gear giant Under Armour. (And as others have noted publicly, Howard men’s basketball coach Kenny Blakeney, who joined the school in 2019, worked for Under Armour for seven years before returning to coaching in 2018.)

Like other brands, including Nike and Jordan, Under Armour sponsors college programs and Amateur Athletic Union teams in part to build relationships with young athletes and potentially sign them after they become pros. In recent years, there have been controversies around shoe brands involved in pay-for-play schemes.

Maker isn’t aiming to fix all of the problems in the NCAA system with his college choice. Instead, his focus is on strengthening HBCUs, starting with the Bison. Even then, as just one player on a team of 15, he’s unlikely to completely change the Bison’s performance by himself.

But Maker’s decision to attend Howard could help bring excitement, attention, and other top-tier talent to the region—especially if he continues to play well.

DCist is supported by a community of members … readers just like you. So if you love the local news and stories you find here, don’t let it disappear!