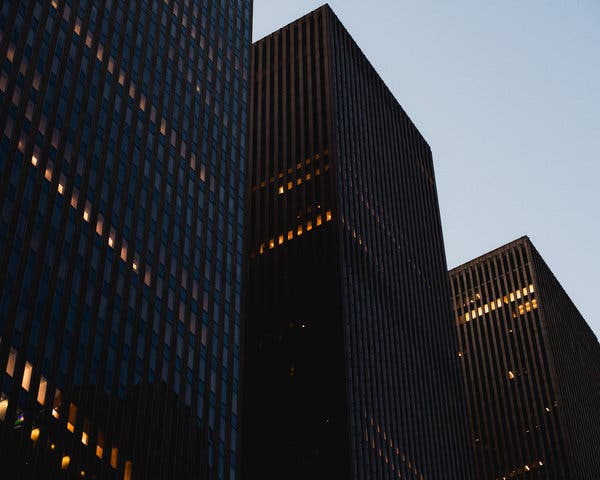 For a group of elite black executives, police killings and protests have unleashed an outpouring of emotion and calls for action.

In the past week, it has seemed like every major company has publicly condemned racism. All-black squares cover corporate Instagram. Executives have made multimillion-dollar pledges to anti-discrimination efforts and programs to support black businesses.

Yet many of the same companies expressing solidarity have contributed to systemic inequality, targeted the black community with unhealthy products and services, and failed to hire, promote and fairly compensate black men and women.

“Corporate America has failed black America,” said Darren Walker, the president of the Ford Foundation and a member of the board of Pepsi, and who is black. “Even after a generation of Ivy League educations and extraordinary talented African-Americans going into corporate America, we seem to have hit a wall.”

With dozens of cities protesting the violent deaths of George Floyd, Ahmaud Arbery, Breonna Taylor and others, a national conversation about racism is underway. For black executives, who have spent their lives excelling at business while overcoming structural discrimination, the killings and ensuing protests have unleashed an outpouring of emotion. Many are speaking candidly about their private fears, as well as their disappointment with the corporate apparatus that made them stars.

Wes Moore, the chief executive of Robin Hood, a New York charity combating poverty, said he chooses his workout clothes to minimize the chances anyone will consider him, as a black man, dangerous. “I pick the outfit that I wear when I run strategically,” he said. “I wear shirts with my alma mater on it, Johns Hopkins, so people know I’m not a threat.” Mr. Arbery was shot to death by apparent vigilantes while out for a jog; three white men have been charged.

Mr. Moore said he was fed up with being one of just a relatively small number of black executives in the top tier of American business. “The list starts getting very thin very quickly,” he said. “There aren’t enough good examples. We’ve been satisfied with exceptions and exceptionalism.”

Mr. Smith added that for the first time in a long time, he had reason for optimism. Over the past week, he said, he has been inundated with calls from other business leaders wanting to know what they can do. “This is the first time in my life I’ve seen not just empathy, but engagement,” he said. “This is unacceptable, and other C.E.O.s are asking how they can get involved.”

“We’ve been satisfied by putting John Rogers on every board,” he added, referring to the black investor who has been a director at Exelon, McDonald’s, Nike and The New York Times Company. “But we haven’t been deliberate about building bench and pipeline.”

Robert F. Smith, a private equity billionaire and the richest black man in America, said he has been overwhelmed by conflicting feelings. “I am saddened, I am angry, I am upset and I am determined,” he said. “I run through that wave of emotions every minute.” 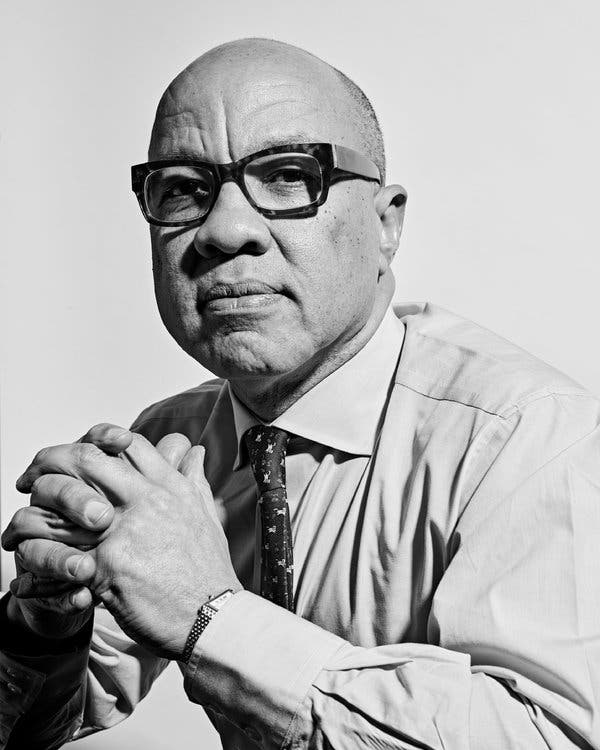 Mr. Walker, too, said the severity of this moment seemed to be shocking some companies into action. “Corporate America can no longer get away with token responses to systemic problems,” said Mr. Walker, who has been protesting in New York. “It is going to take a systemic response to sufficiently address this crisis that has been decades in the making.”

As brands rushed to align themselves with protesters over the past week, their words often rang hollow, undermined by their own actions.

Amazon called for an end to the “inequitable” treatment of black people. Yet the company has faced sustained criticism for poor working conditions and low pay. In March, it fired Christian Smalls, a black employee at a Staten Island warehouse who was demanding safer conditions while working in a pandemic, and the company’s general counsel disparaged him as “not smart or articulate.” Amazon has said Mr. Smalls violated its social distancing policy, and that the executive did not know he was black.

The commissioner of the National Football League, Roger Goodell, issued a statement saying the protests express “the pain, anger and frustration that so many of us feel.” But his organization has banned players — most of whom are black — from kneeling to protest police brutality, and the quarterback most identified with the gesture, Colin Kaepernick, has been effectively blacklisted. (On Friday night, Mr. Goodell appeared to reverse himself, saying, “We, the National Football League admit we were wrong” and adding, “I personally protest with you.”)

L’Oréal shared a post that read “Speaking out is worth it.” But three years ago, the makeup company dropped its first transgender model, Munroe Bergdorf, when she spoke out about racism after the white nationalist violence in Charlottesville, Va.

“Most of these corporate statements were put together by the marketing team that was trying not to offend white customers and white employees,” said Dorothy A. Brown, a law professor who studies economic injustice at Emory University in Atlanta. “It’s complete B.S. It’s performative.”

Companies have for the most part addressed racism only in the face of overwhelming public pressure. In the 1980s, for example, a global protest movement forced corporations including General Motors and Pepsi to stop doing business in apartheid South Africa. More often, however, companies have studiously avoided confronting the legacy of racism.

Members of “corporate America have generally not distinguished themselves as moral leaders,” said Ursula Burns, the former chief executive of Xerox and a board member at Exxon. “They generally have gone along with the flow, and for a long time that’s all we expected them to do. They were responsible to their shareholders.”

She added that with police cracking down violently on protesters, “It is the scariest moment I have been in, in my entire life.”

Even after the violence in Charlottesville, which led to an abrupt disbanding of President Trump’s business advisory councils, few companies made lasting policy changes.

Instead, generations of well-intentioned pledges by businesses have resulted in only marginal advancement for the black community. The coronavirus pandemic has exacerbated grim employment trends, and today fewer than half of black adults in America have a job. Black workers make less money than white workers. That is due in part to the fact that they are more likely to have poorly paying service jobs, but research also shows that highly educated black employees are paid less than their white peers.

“We don’t get paid the same amount for the same work,” said Mellody Hobson, the co-chief executive of Ariel Investments and a board member at JPMorgan and Starbucks. “We’ve been disproportionally affected in layoffs and unemployment.”

‘My blood boiled a long time ago’

At many of America’s major employers, black men and women are absent from meaningful leadership roles.

The nation’s largest health care company, CVS, has no black people on its senior leadership team.

In finance, there are no black people on the senior leadership teams of Bank of America, JPMorgan (where managers in Phoenix branches were recorded making racist remarks) or Wells Fargo (which recently faced a federal lawsuit for discriminating against minority home buyers).

In technology, there are zero black members of the senior leadership teams of Facebook, Google, Microsoft and Amazon.

In total, there are just four black chief executives among the 500 largest companies in the country.

Many big companies have added black directors to their boards in recent years. But while board seats can be levers to effect change, they do little to shift the power centers within companies. Exxon, the largest U.S. energy company, has two black board members, including Ms. Burns — but the management committee is composed entirely of white men.

“We are put into these positions that are honorific, because they want our presence,” Mr. Walker said. “But we are not given authority and resources.”