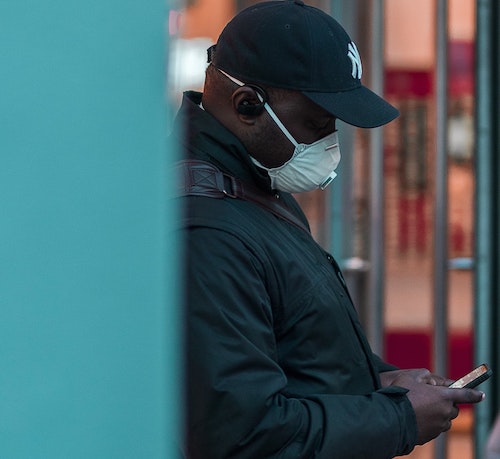 COVID-19, the disease caused by the novel coronavirus, has dominated headlines since medical experts announced its life-threatening appearance in Wuhan, China, in late 2019 and its rapid spread to hundreds of countries in a matter of months resulting in a global pandemic.

According to John Hopkins University, the respiratory disease has claimed the lives of 10,000 Americans and more than 75,000 people around the world as of Monday, April 6. Determined to be especially deadly for the elderly, people with underlying health conditions or those who have been diagnosed as immunocompromised, a combination of these three factors, with the addition of inadequate access to medical facilities, the lack of health insurance or unemployment further contribute to the deadly impact of COVID-19.

In the U.S., New York City has become the epicenter for this disease attributing to more than 3,000 deaths. Behind New York are two Midwestern locations: Wayne County, Michigan (the county which includes Detroit) with 346 deaths and Cook County, Illinois (the county which includes Chicago) with 209 deaths. Both counties and the largest cities within them, Detroit and Chicago, have significant Black populations.

Further and even more disturbing remains the fact that African Americans represent a sizable share of COVID-19 cases and deaths despite being just a fraction of the total population.

This disparity has emerged not only in the Midwest but also in southern cities that have significant Black populations including Washington, D.C. and Durham and Charlotte, North Carolina and Milwaukee. And while the numbers, when released, indicate that Blacks are increasingly becoming the hardest hit in the U.S, few answers have been provided as to why.

Dr. Angela Emmons Brule, an emergency physician in the District, says several reasons serve as a potential explanation for the rising number of cases among African Americans.

“The limited lack of access to basic necessities such as insurance is one of the reasons why COVID-19 is a threat and doing such harm to our Black and brown communities,” Emmons Brule said. “Most concerning in our communities is a tremendous amount of chronic illness and preexisting pro morbidities medical and mental that place each of us and our loved ones at high risk.”

Looking at the more prevalent chronic underlying conditions within the Black community including high blood pressure, diabetes, obesity, Lupus, lung and heart disease and sickle cell, increase one’s risk to not only be infected by COVID-19 but also dying from it. Emmons says it’s particularly alarming for African Americans who collectively suffer from these ailments at a much higher percentage than any other ethnic group.

There are also environmental and socio-economic factors that factor into the alarming data. In the District, like many other urban communities that have seen a steady uptick of COVID-19 cases, stay-at-home orders have been issued for residents to mitigate the spread of the virus. However, these orders don’t extend to grocery or gas station workers, public transportation, sanitation, restaurants, stores like Walmart and Target or first responders all deemed as essential.

Many of these people have no choice but to go to work due to fear of losing their job or not being able to pay their bills. Consequently, they are exposed more frequently to the disease and therefore more susceptible to becoming infected. For many low-wage workers, particularly the majority of whom count among the uninsured or underinsured, a health emergency of the magnitude of COVID-19 can lead to disastrous outcomes.

“This pathogen that’s invisible to the naked eye has put a shining light on the stark disparities that exist between Black and brown communities around the globe,” Emmons Brule said. “It has highlighted just how vulnerable we are at a time like this when a pandemic rages at our front door.”

We spoke with several residents living in the Detroit area – a region which now faces COVID-19 reaching its peak in a matter of days and where Black infections and death have exceeded 40 percent of the population despite only making up 12 percent of Michigan’s population.

One quarter of the deaths and confirmed infections are in Detroit, where 80 percent of the population is Black. Other communities in the state, suburban regions that also have large Black populations, have also been struck hard by COVID-19 including: Ecorse, Highland Park, Oak Park, River Rouge and Southfield.

“There is no question that the COVID-19 outbreak is having a more significant effect on marginalized and poorer communities, particularly communities of color,” said Dr. Joneigh Khaldun, Michigan’s chief medical executive, in an interview with Metro Times.

He also pointed to recent studies that show that cities with higher concentrations of poverty remain susceptible to higher infection and fatality rates. In addition, low-income people tend to use public transportation, work jobs that do not provide paid sick days and reside in large apartment complexes.