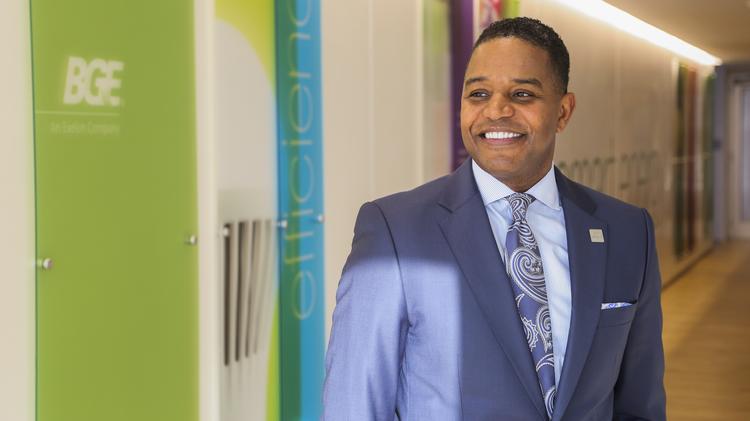 Exelon Corp. has tapped a Baltimore utility executive to oversee its utility operations, including D.C.-based Pepco.

Calvin Butler, who has been CEO of Baltimore Gas and Electric Co. since 2014, has been named senior executive vice president of parent company Exelon and permanent CEO of Exelon Utilities. Butler had been serving in the role on an interim basis since Oct. 15.

In his new role, Butler will oversee Exelon’s six local electric and gas companies — Pepco, Atlantic City Electric, BGE, ComEd, Delmarva Power and PECO. Butler will remain a resident of Baltimore and work out of Exelon’s D.C. offices, according to the company.

As CEO of BGE, Butler was responsible for implementing the utility’s strategic priorities, including its initiatives related to safety, reliability, customer service, innovation and diversity and inclusion.

Butler has become a prominent face in Baltimore and active community member since joining BGE after it was acquired by Chicago-based Exelon in 2012. He is the vice chairman of the Greater Baltimore Committee and a board member for the Cal Ripken Sr. Foundation. Butler also serves on the board of governors for the Center Club. He was previously a director for the Federal Reserve Bank of Richmond and a member of the Maryland Zoo’s board.

“Under Calvin’s leadership, BGE has made significant advancements in customer service and electric reliability, resulting in record customer satisfaction and solid financial results,” Exelon CEO Christopher Crane said in a statement. “His strong track record will be invaluable as we further our commitment to provide clean, affordable and reliable energy in the communities we

Butler became the interim CEO of Exelon Utilities following the retirement of Anne Pramaggiore amid a federal investigation into Exelon’s lobbying activities in Illinois. Pramaggiore’s departure came less than a week after the Chicago Tribune reported Exelon and ComEd received subpoenas in the investigation.

Khouzami has worked for BGE and Constellation Energy for 14 years. During that time he was chief integration officer for Exelon’s merger with Pepco Holdings Inc. in 2016. Prior, he was BGE’s CFO during its merger with Exelon and before that was executive director of investor relations for Constellation.

He previously held investment banking and financial analyst positions with Bear Stearns and Bank of America.

“Carim’s deep understanding of our business from his previous roles at BGE and across each of Exelon’s utilities is an asset not only to Exelon but to the communities that BGE serves,” Butler said in a statement. “He has led safety, operational, financial and customer-focused initiatives that are contributing to Exelon’s utilities setting new industry standards for exceptional performance. We are excited to continue building on this momentum for our customers, employees, and shareholders.”