Lthium-ion batteries rule the market for energy storage. Flow battery makers want a share of that market, but they have a tough time competing on costs.

At GTM Media’s Energy Storage Summit in December, 500 senior level energy professionals were asked whether lithium-ion batteries would continue to dominate the market for energy storage. A quarter of the respondents said they would. That is not very surprising, but nearly half, 46%, said that flow batteries have the best chance of supplanting li-ion batteries. 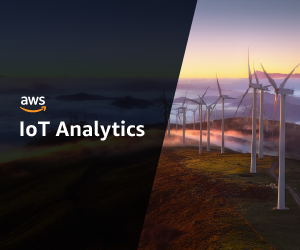 Just out of reach?

After Tucson Electric Power signed a power purchase agreement with NextEra Energy for a solar-plus-storage system at less than $0.045/kWh last spring, ViZn Energy Systems said it would replicate the deal with its own technology at $0.04/kWh.

That hasn’t happened, but ViZn sees a market opportunity. The company says its flow batteries — it uses a zinc-iron chemistry — have an edge over lithium-ion because they can cycle more frequently and have a longer life span so, unlike lithium-ion batteries, they do not face replacement costs part way through the life of a project.

Flow batteries have several advantages over lithium-ion technologies, but at this point in market evolution, they have one big disadvantage: cost. Lithium-ion batteries cost roughly $300/kWh. They set the price to beat in the market; and it is a target that is moving in one direction: down.

StorEn Technologies claims to have developed a disruptive flow battery technology that can produce a 50% cost reduction. “We are targeting a price of $400/kWh with a 25 year duration with no decay,” Angelo D’Anzi, the company’s chief technology officer, told Clean Technica.

StorEn’s claims and ViZn’s zinc-iron chemistry aside, the most prevalent flow battery technology uses vanadium, a relatively rare element that is costly and hard to dispose of properly. Researchers working to come up with viable alternatives have tried a variety of chemistries, including variations on vitamin B2, and are using computer modeling to design molecules that could improve on existing flow battery chemistries.