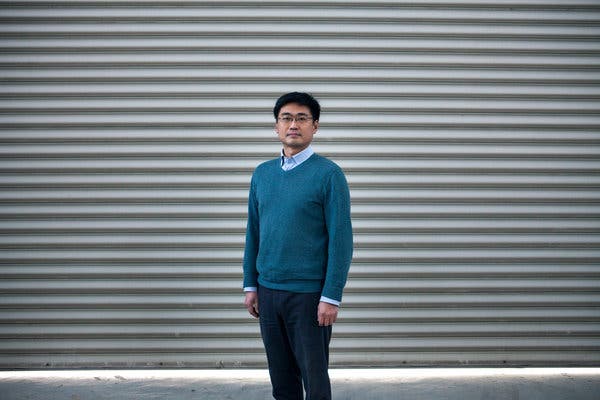 INAN, China — On a smoggy afternoon, huge log carriers and oil tankers thundered down a highway and hurtled around a curve at the bottom of a hill. Only a single, unreinforced guardrail stood between the traffic and a ravine. The route could make for tough driving under any conditions. But experts are watching it for one feature in particular: The highway curve is paved with solar panels. “If it can pass this test, it can fit all conditions,” said Li Wu, the chairman of Shandong Pavenergy, the company that made the plastic-covered solar panels that carpet the road. If his product fares well, it could have a major impact on the renewable energy sector, and on the driving experienc

The experiment is the latest sign of China’s desire to innovate in, and dominate, the increasingly lucrative and strategically important market for renewable energy. The country already produces three-quarters of the solar panels sold globally, and its wind-turbine manufacturing industry is also among the world’s largest.

The potential appeal of solar roads — modified solar panels that are installed in place of asphalt — is clear. Generating electricity from highways and streets, rather than in fields and deserts packed with solar panels, could conserve a lot of land. Those advantages are particularly important in a place like China, a heavily populated country where demand for energy has risen rapidly.

Because roads run through and around cities, the electricity could be used practically next door to where it is generated. That means virtually no power would be lost in transmission, as can happen with projects in outlying locations. And the land is essentially free, because roads are needed anyway. Roads must be resurfaced every few years at great cost, so the installation of durable solar panels could reduce the price of maintenance.

Solar roads could also change the driving experience. Electric heating strips can melt snow that falls on them. Light-emitting diodes embedded in the surface can provide illuminated signage to direct drivers to exits and alert them to construction and other traffic hazards.

1.  The surface of the solar road panels, made of a complex polymer that resembles plastic, has slightly more friction than a conventional road surface.Giulia Marchi for The New York Times

2. The nearly paper-thin blue silicon of solar cells, the electricity-generating component of solar panels, can withstand many tons. But the cells snap when bent, like a thin sheet of sugar.Giulia Marchi for The New York Times

Now, such roads are finally becoming viable. Prices have fallen drastically in recent years — thanks in large part to soaring Chinese production, a solar panel costs a tenth of what it did a decade ago. Road builders in China even want to design solar roads that can wirelessly recharge electric cars running on them, emulating a recent American experiment.

China’s leaders in solar road development are Pavenergy and Qilu Transportation. The two companies are working together here in Jinan, in Shandong Province, with Pavenergy making panels for Qilu, a large, state-owned highway construction and management company that operates the highway.

The surface of these panels, made of a complex polymer that resembles plastic, has slightly more friction than a conventional road surface, according to Zhang Hongchao, an engineering professor at Tongji University in Shanghai. Professor Zhang, who helped develop Pavenergy’s road surface, said that the friction could be adjusted as needed during the manufacturing process to ensure a level of tire grip equal to that of asphalt.

The location of the solar road here, on a long curve at the bottom of a hill, was not Pavenergy’s first choice. The site was chosen because of its proximity to an electricity substation, ensuring that it would be connected to the grid. China is adding solar and wind energy sites so fast across the country that power generation projects farther from substations sometimes face delays of years in getting connected. 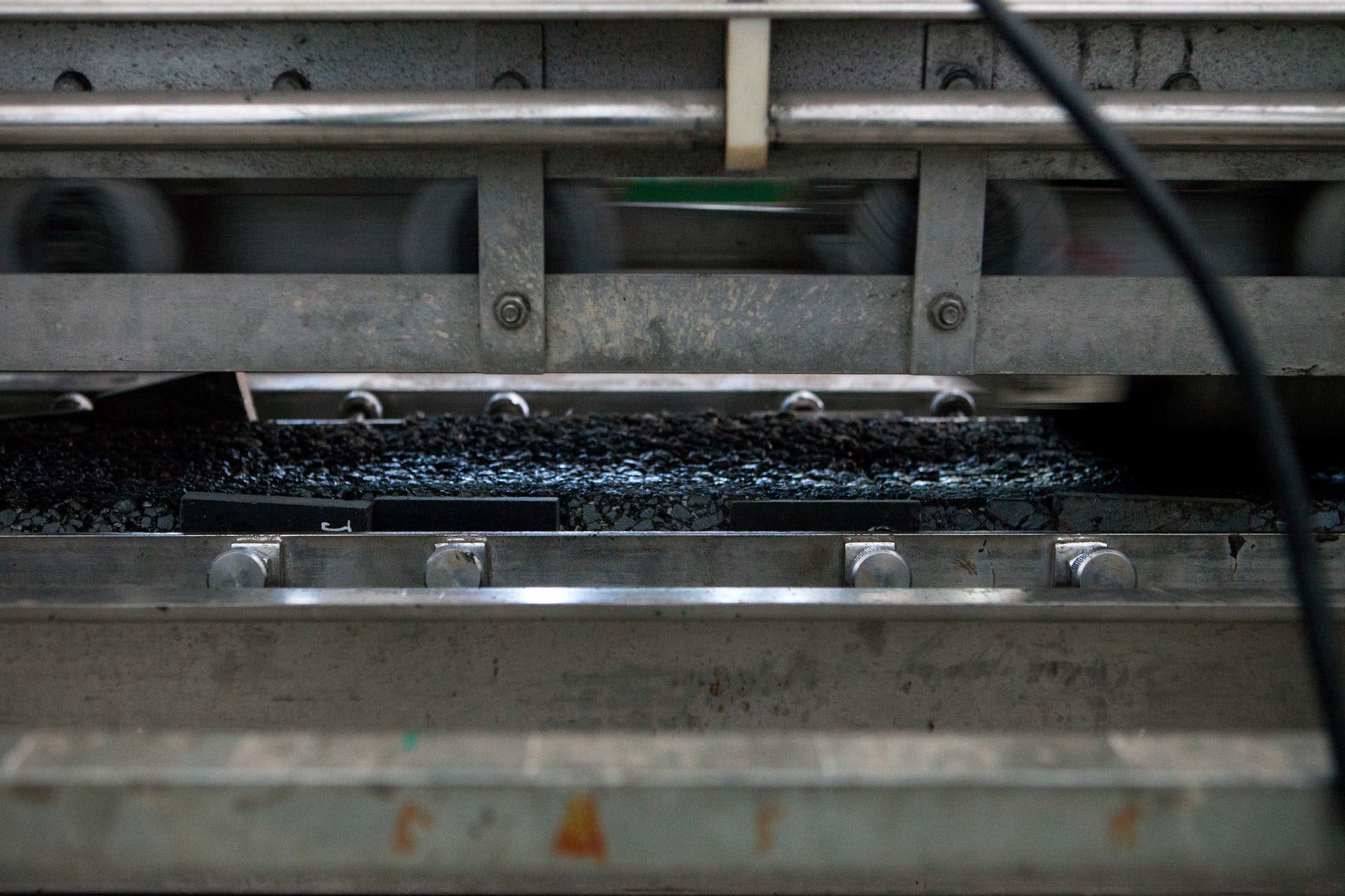 Solar panels, shown undergoing tests, would likely need to be replaced less often than asphalt roads. But it remains uncertain whether they would be able to take the pounding of millions of tires each year for more than a decade.CreditGiulia Marchi for The New York Tim

The main Western rival to Pavenergy and Qilu is Colas, a French road-building giant that has developed 25 experimental solar roads and parking lots, mostly in France but also in Canada, Japan and the United States. The biggest of Colas’s solar sites, a country road in Normandy that opened a year and a half ago, has only half the surface area of the new solar highway in Jinan. Colas has been leery of putting solar panels on high-speed roads like the Chinese highway because of safety concerns; Professor Zhang said the panels were completely safe.

Still, a litany of outstanding challenges means the wide deployment of solar roads is a long way off.

For one, they are less efficient than rooftop solar panels at converting the sun’s light into electricity. They lie flat, and are intermittently covered by vehicles, so solar panels on a road produce only around half the power that rooftop ones tilted toward the sun do.

Solar roads are also more expensive than asphalt. It costs about $120 a square meter, or about $11 a square foot, to resurface and repair an asphalt road each decade. By comparison, Pavenergy and Colas hope to be able to bring the cost of a solar road to $310 to $460 a square meter with mass production. 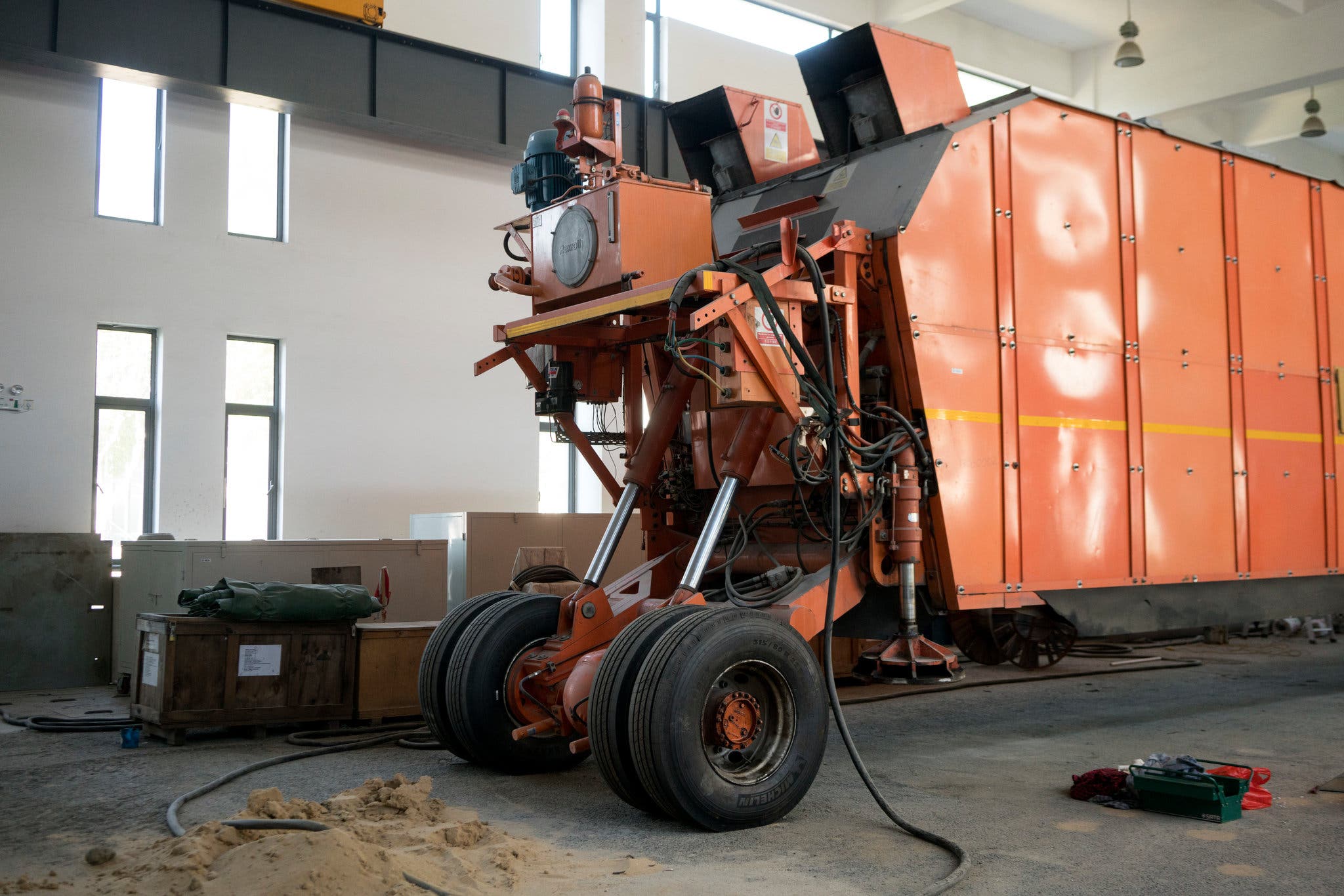 Panels on a highway would likely need to be replaced less often than asphalt, Professor Zhang said. And a solar road can produce about $15 a year worth of electricity from each square meter of solar panels. So it could roughly pay for itself, compared with asphalt, over about 15 years.

Less clear is whether the panels would be able to take the pounding of millions of tires each year for more than a decade, or whether they might be stolen.

Several square feet of solar panels disappeared less than a week after they were installed here in late December, raising worries of theft or even industrial espionage.

Local police officers, facing criticism for not providing better security, said that the panels must have been crushed into tiny pieces and scattered by heavy trucks. Pavenergy declined to comment. 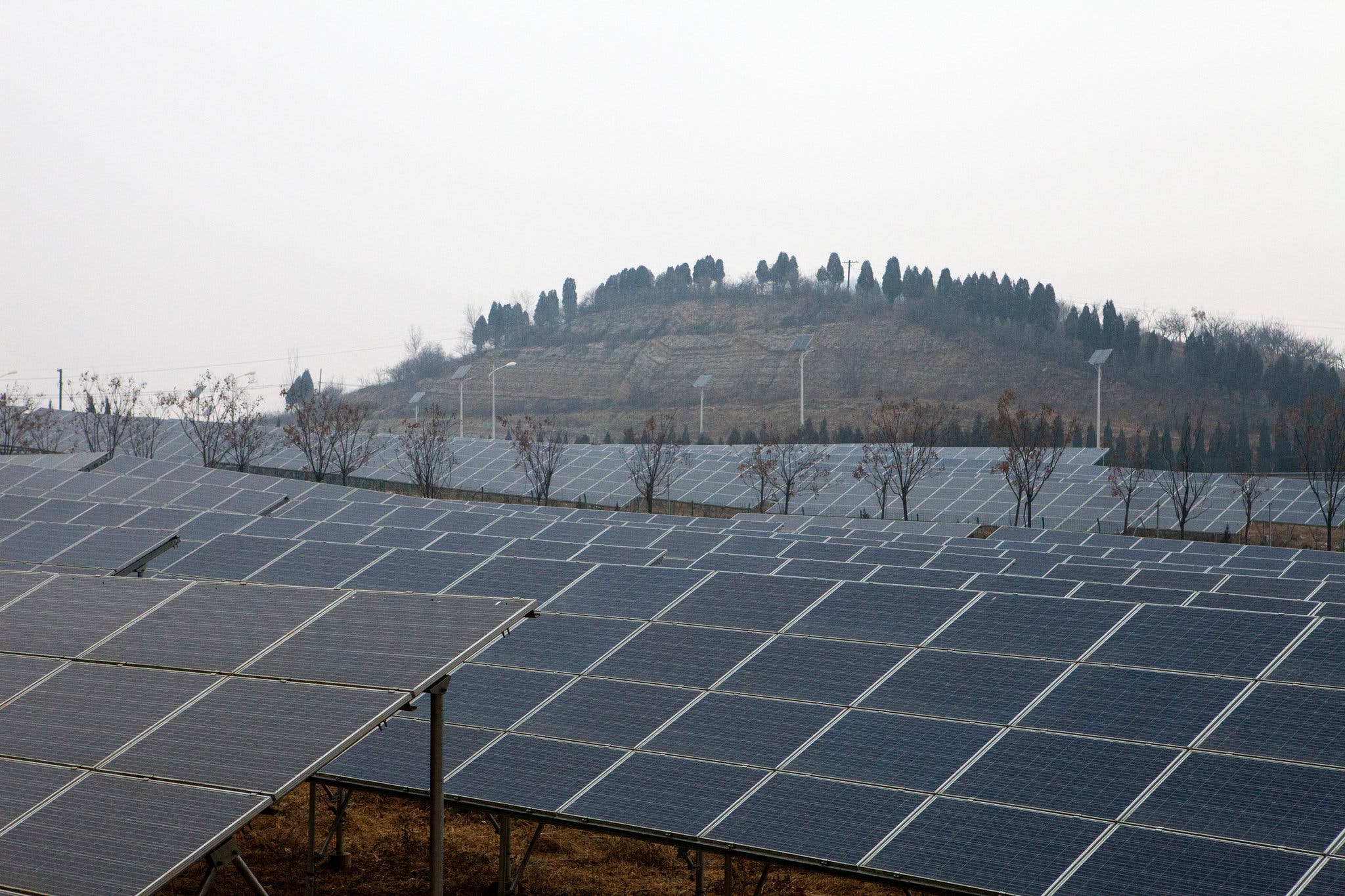 Generating solar electricity along highways and streets rather than in fields and deserts could conserve a lot of land in China, where demand for energy has risen rapidly.CreditGiulia Marchi for The New York Time

In the United States, installing solar roads is more complicated.

With the exception of some bridges and sections of interstate highways, American roads tend to be built with a lot of asphalt, but with less concrete underneath than roads elsewhere, said Kara M. Kockelman, a transportation engineering professor at the University of Texas.

The problem with asphalt is that it compresses slightly under the weight of trucks. The blue silicon of solar cells, the panels’ electricity-generating component, can withstand being mashed by many tons of weight. But the nearly paper-thin cells snap when bent, like a thin sheet of sugar. (This is not as much of an issue in China, where highways are built with very thick concrete bases.)

Still, executives here are hopeful. They say that the technology is ready and that they are not concerned even by the complications of American highway construction.

“If conditions permit,” Xu Chunfu, Qilu’s chairman, said, “I would like to build a solar road in the United States.”