Jazz Pioneer Was Mother of Urban One Founder 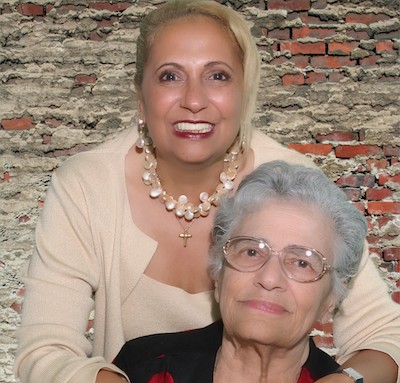 Helen Jones Woods, a jazz trombonist and founding member of the International Sweethearts of Rhythm, a groundbreaking all-female big band, died July 25 of coronavirus-related complications in Sarasota, Florida. She was 96.

Woods was the mother of Cathy Hughes, founder of Urban One, the largest African American-owned broadcast company in the U.S., and wife of Dr. Laurence Jones, who in 1937 founded the Piney Woods School in Omaha, Nebraska.

“Helping people was her number-one priority,” Hughes told The Washington Informer. “The group was called the first freedom riders in the country. What they were doing in the 1930s and 1940s, people were getting killed for.”

The Sweethearts traveled across the country playing in venues from the Apollo Theater in New York City to the Howard Theatre in Washington, D.C. In 1941, the group set a box office record of 35,000 patrons.

When the Sweethearts broke up in 1949, Woods auditioned for the Omaha Symphony Orchestra and made it. But the conductor had no idea that she was African American until her husband picked her up.

“My father came to pick her up because it was a snowstorm so she wouldn’t have to ride the bus,” Hughes said. “When they asked, ‘who is your wife?,’ he said Helen Woods and he told her to take all of her things because there was no need to come back.”

After her dismissal, she never played the trombone again. Instead, she earned a nursing degree and a master’s degree in social work. For the next three decades, she worked at Douglas County Hospital in Omaha.

Helen Elizabeth Jones was born on either Oct. 9 or Nov. 14, 1923 (family documents differ). She spent some of her earliest days in an orphanage for white children in Meridian, Miss. But after officials realized that Woods was not white, she was put up for adoption.

Dr. Laurence Clifton Jones and his wife Grace adopted Woods. Dr. Jones was the founder of the Piney Woods Country Life School (now the Piney Woods School), which was a Black boarding school. To raise money for the school, Gracie Jones started male and female quartets called the Cotton Blossom Singers, which preceded the school’s famed group, The International Sweethearts.

Woods played the trombone because she was fascinated by its slide. She started playing at Piney Woods at 13 and as a teen was an original member of the Swinging Rays of Rhythm, which resembled an all-female white group popular at the time.

The Rays traveled the country in two modified school buses. One bus was outfitted with bunk beds and the other was a traveling classroom. Hughes said legendary bandleader Earl “Fatha” Hines gave the band the nickname “the first Freedom Riders.”

Hughes said her mother and the other girls had it hard on the road: “They were ripped off, harassed and bullied.”

But Woods and the International Sweethearts of Rhythm were never forgotten. In 1986, a documentary was made about their lives, and in 2007, Woods was inducted into the Omaha Black Music Hall of Fame.

In 2011, the International Sweethearts of Rhythm were honored in D.C. by the Smithsonian Institute.

Woods was preceded in death by William Alfred Woods, whom she married in the 1940s and had four children with.

She is survived by daughters Cathy Hughes and Jacquelyn Marie Woods Williams, and two sons, William and Robert.

Instead of a funeral, Hughes said that her mother wanted all contributions to go to The Piney Woods School, where 95 percent of the students are on a full or partial scholarship.

“At one time, there were 40 Black boarding schools in America. Now there are only three,” Hughes said. “The reason why was wealthy white people encouraged their domestics to out their children in boarding schools.

“We still are educating children with this pandemic — it has been hard,” Hughes said. “My mother did not want a funeral. Her last request, which she put in writing, was to take that money to help the kids at Piney Woods.”