Until quite recently net-zero homes were pioneered mostly by an early adopter group of passionate, mission driven home builders pursuing the holy grail of a self sufficient home that produces all of its own energy.

Companies like Habitat Studio, Effect Homes and Landmark Homes are among many of the so-called early adopters of net-zero.

And now “We are seeing the next wave of builders…a lot of it has to do with the changes that are coming down with the building codes,” says Winkelmann.

In April, B.C. launched their new Energy Step Code that is a five step program that will eventually require all new homes to be built net-zero ready by 2032.

Construction costs for net-zero energy buildings have dropped 40 per cent in the past decade and the Pan-Canadian Framework on Clean Growth and Climate Change is calling for a “net-zero energy ready” model building code by 2030. 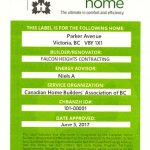 “At the beginning of May, we launched our Net Zero Energy Home Labelling Program and essentially it’s a way for us to recognize not only the homes, but the builders, as well as the renovators,” says Winkelmann.

“A net-zero home is one that produces as much energy as it consumes over the course of the year. And that energy that it produces, in our case, must be renewable energy,” says Winkelmann.

“We have two tiers. We have Net-Zero Ready and Net-Zero,” says Winkelmann. She says the two levels of homes are constructed the same, but the net-zero home has renewable energy (solar) installed.”

The first home in Canada to be certified as net-zero under the program is a home built by Falcon Heights Contracting in Victoria B.C. 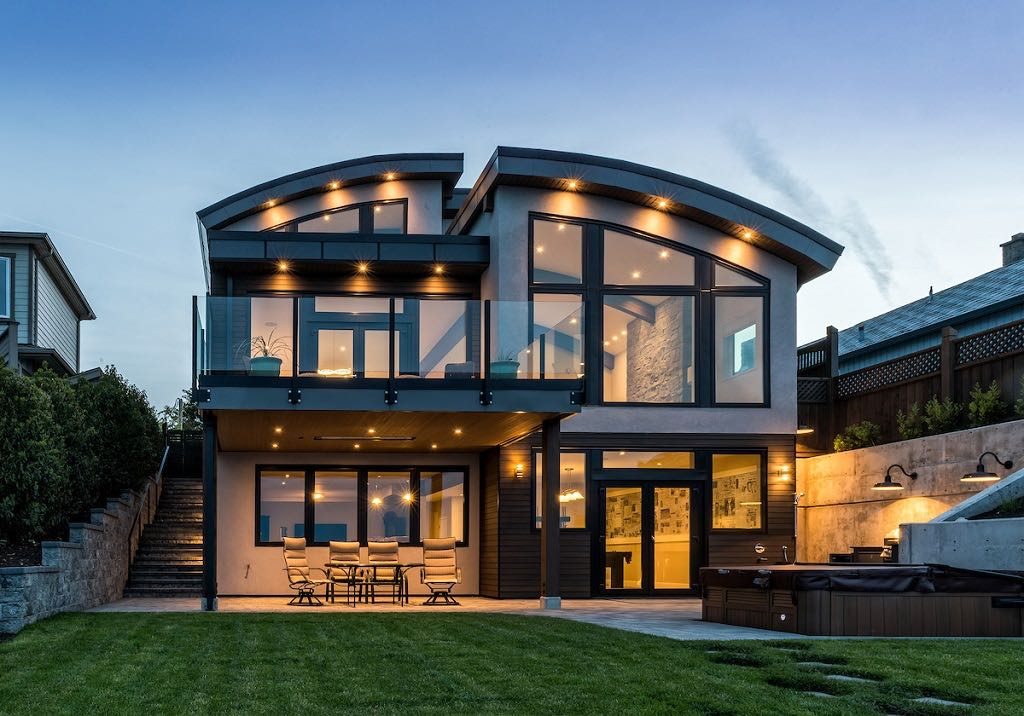 “The owner of Falcon Heights Contracting, Dave MacKenzie, took the Net-Zero training in Kelowna. Upon his return, he introduced the concept to the clients who decided to undertake the grueling 13 rounds of energy modeling to make their already designed home, a net-zero energy home without compromise to their unobstructed ocean views,” says Joelle Bienvenue of Falcon Heights.

The clients were patient and on-board, and the result was an amazing home. Bienvenue says they’ve learned that it’s not hard to go net-zero.

“It is not at all an arduous endeavor to take our baseline Platinum Built-Green builds and bring them to net-zero standards.  A good and organized team approach with homeowners, and trades will make the modeling seamless.”

The home has 11 kilowatts of solar, R40-R65 insulation, an air to water heat pump boiler, solar thermal water heating, an electric vehicle charger and even a ductless dryer. 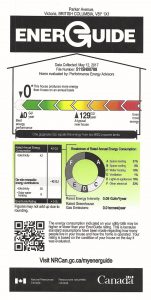 Consumers want to know that they are getting the net-zero home they were promised and builders want to educate consumers and themselves in this new age of super energy efficient net-zero homes.

The new CHBA Net-Zero label works in tandem with the EnerGuide for homes rating system: “Every home that goes through our program will get an EnerGuide label. If it’s a Net-Zero Home, it needs to say zero or even a negative number showing that it would actually generate a surplus (of energy). Or if it’s a Net-Zero Ready Home, usually what we’re seeing the numbers coming in at is between about 34 to 44 gigajoules,” says Winkelmann.

The new EnerGuide label may sound a little strange at first, but it quite simply reports the amount of energy the home will require to operate. If you have a zero-gigajoule EnergyGuide label, your home will produce all of its own energy, simple as that.

The Canadian Home Builders has even done some market research to figure out what you and I think about net-zero and how to sell it to us. 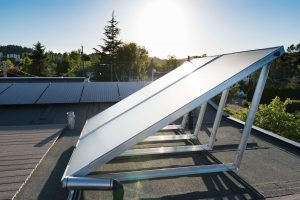 Interestingly consumers seem to be latching on the very essence of the idea of net-zero. When asked what do you like the most about these houses? “What really caught everyone’s attention was the fact that they actually can generate as much energy as they consume,” says Winkelmann.

There appears to be something very seductive about taking control of your own energy production, becoming independent and self-sufficient.

Winkelmann says some of these new net-zero homes require up to 80 per cent less energy and they are built very well. “They prevent drafts and filter the indoor air to reduce dust and allergens, and the result is really exceptional energy performance and the ultimate in comfort. It’s a home that’s at the forefront of sustainability. It all adds up to a better living experience.”

“Well, interestingly in Edmonton, there’s a perfect example of the success we’ve seen with reducing the cost to get to Net Zero. In March, Landmark Homes had a ribbon cutting for their first affordable Net-Zero Home, which came in at just under $400,000 which is a single detached home with a garage. The land and the taxes included for that price. And so for those in the industry, it’s a milestone.”