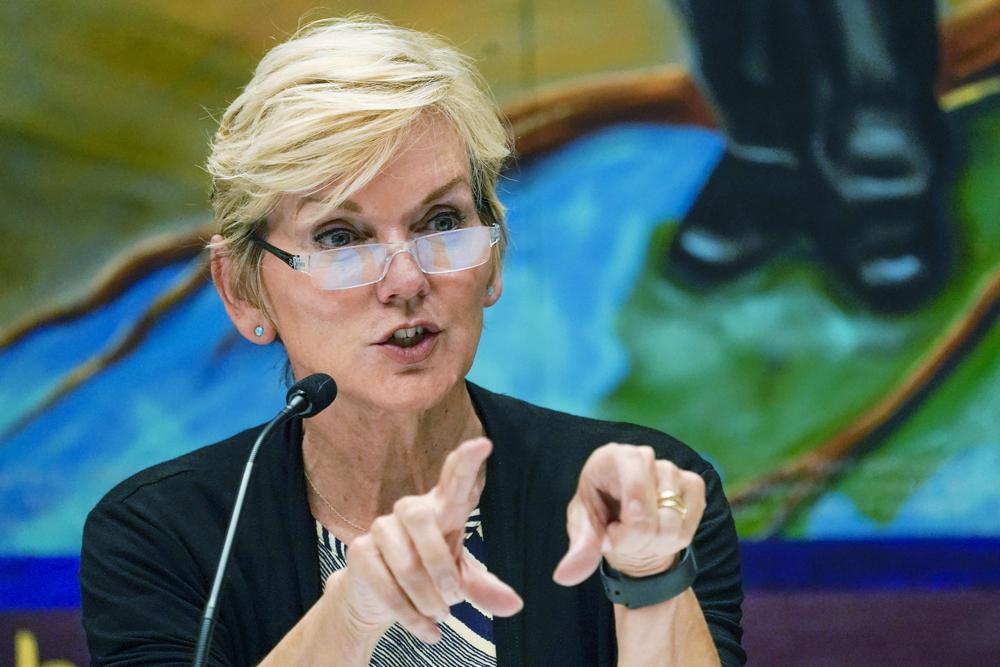 WASHINGTON (AP) — Solar energy has the potential to supply up to 40% of the nation’s electricity within 15 years — a 10-fold increase over current solar output, but one that would require massive changes in U.S. policy and billions of dollars in federal investment to modernize the nation’s electric grid, a new federal report says.

The report by the Energy Department’s Office of Energy Efficiency and Renewable Energy says the United States would need to quadruple its annual solar capacity — and continue to increase it year by year — as it shifts to a renewable-dominant grid in order to address the existential threat posed by climate change.

The report released Wednesday is not intended as a policy statement or administration goal, officials said. Instead, it is “designed to guide and inspire the next decade of solar innovation by helping us answer questions like: How fast does solar need to increase capacity and to what level?″ said Becca Jones-Albertus, director of the Energy Department’s solar energy technologies office.

Energy Secretary Jennifer Granholm said in a statement that the study “illuminates the fact that solar, our cheapest and fastest-growing source of clean energy, could produce enough electricity to power all of the homes in the U.S. by 2035 and employ as many as 1.5 million people in the process.”

The report comes after President Joe Biden declared climate change has become “everybody’s crisis ” during a visit to neighborhoods flooded by the remnants of Hurricane Ida. Biden warned Tuesday that it’s time for America to get serious about the “code red” danger posed by climate change or face increasing loss of life and property.

“We can’t turn it back very much, but we can prevent it from getting worse,” Biden said before touring a New Jersey neighborhood ravaged by severe flooding caused by Ida. “We don’t have any more time.”

The natural disaster has given Biden an opening to push Congress to approve his plan to spend $1 trillion to fortify infrastructure nationwide, including electrical grids, water and sewer systems, to better defend against extreme weather. The legislation has cleared the Senate and awaits a House vote.

The U.S. installed a record 15 gigawatts of solar generating capacity in 2020, and solar now represents just over 3% of the current electricity supply, the Energy Department said.

The “Solar Futures Study,” prepared by DOE’s National Renewable Energy Laboratory, shows that, by 2035, the country would need to quadruple its yearly solar capacity additions and provide 1,000 gigawatts of power to a renewable-dominant grid. By 2050, solar energy could provide 1,600 gigawatts on a zero-carbon grid — producing more electricity than consumed in all residential and commercial buildings in the country today, the report said. Decarbonizing the entire energy system could result in as much as 3,000 gigawatts of solar by 2050 due to increased electrification in the transportation, buildings, and industrial sectors, the report said.

The report assumes that clean-energy policies currently being debated in Congress will drive a 95% reduction from 2005 levels in the grid’s carbon dioxide emissions by 2035, and a 100% reduction by 2050.

But even without aggressive action from Congress — an outcome that is far from certain in an evenly divided House and Senate — installed solar capacity could still see a seven-fold increase by 2050, relative to 2005, the report said.

“Even without a concerted policy effort, market forces and technology advances will drive significant deployment of solar and other clean energy technologies as well as substantial decarbonization,″ the report said, citing falling costs for solar panels and other factors.

Those goals far exceed what even the solar industry has been pushing for as the Biden administration and Congress debate climate and clean-energy legislation. The Solar Energy Industries Association has urged a framework for solar to achieve 20% of U.S. electricity generation by 2030.

Abigail Ross Hopper, the group’s president and CEO, said the DOE study “makes it clear that we will not achieve the levels of decarbonization that we need without significant policy advances.″

The solar group sent a letter to Congress Wednesday from nearly 750 companies spelling out recommended policy changes. “We believe with those policies and a determined private sector, the Biden administration’s goals are definitely achievable,″ Hopper said.