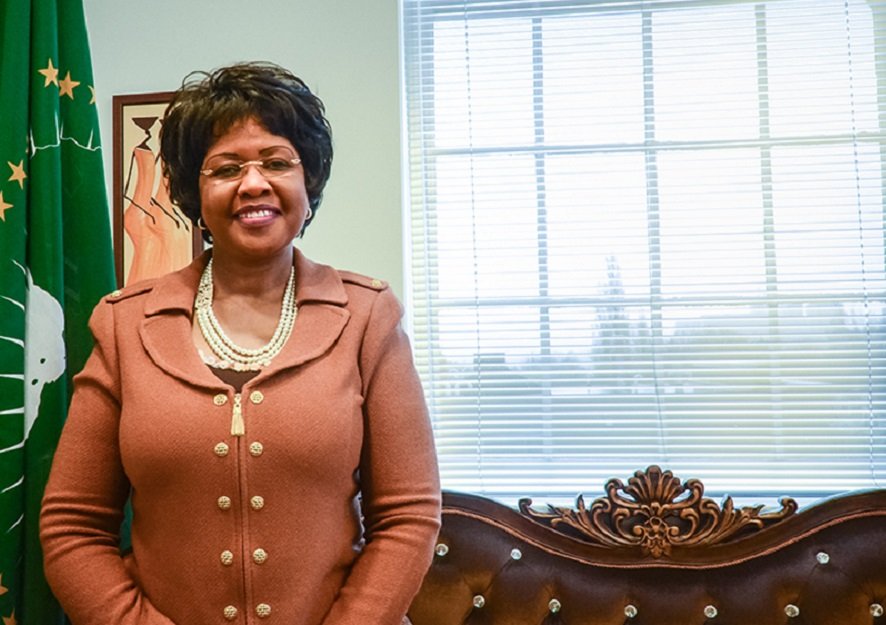 The decision of the African Union (AU) to end a working relationship with its Permanent Ambassador to the United States, Dr. Arikana Chihombori-Quao, has been met with confusion and disdain, especially from Africans outside the country.

A letter sighted by Face2faceAfrica.com dated October 7 and signed by AU chairperson Musa Faki Mahamat, speaks of termination of the contract with the ambassador with effect from November 1.

No reasons were given for this termination, and according to Ewn.co.za, none has been offered to Dr. Chihombori-Quao.

Dr. Chihombori-Quao, who is both a medical doctor and an entrepreneur, has been the AU’s envoy to the United States since 2017.

Before becoming a permanent ambassador, Dr. Chihombori-Quao had worked in various capacities for the AU on African-Diasporan relations. Through this, she had built an image of speaking truth to power, especially on neocolonialism.

It comes as very little surprise that many Africans in the diaspora feel her sacking is as a result of stepping on powerful toes. 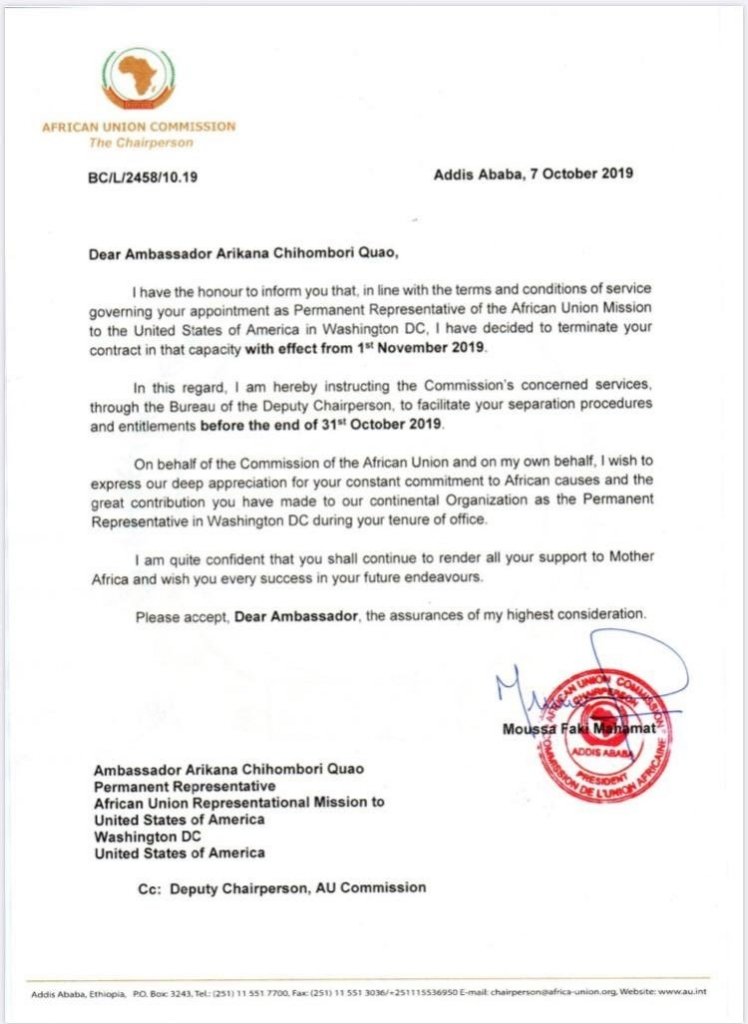 Dr. Chihombori-Quao has for instance called out France, a country that still benefits from neocolonial exploitation of African countries even decades after these countries became independent.

It may seem those who suspect that the AU is succumbing to neocolonial powers may not be without justified cause. Western governments have historically depended on Africans to undo themselves.

The first president of Cote D’Ivoire, Félix Houphouët-Boigny, aided the US to plan and destabilise Ghana, leading to the overthrow of Ghana’s first president, Kwame Nkrumah.

In fairness, the examples of Africans conniving with or succumbing to Western interests are all too many.

Meanwhile, a petition has been launched on Change.org calling for the reinstatement of Dr. Chimhobori-Quao. At the time of filing this report, over 13,000 of an expected 15,000 have signed the petition.

Among other things, the petition noted that “not everyone is embracing her bold but honest discourses for effecting change for the betterment of Africa”.

In a query that would surely resonate with millions, the petitioners asked “Who called the shot? Or is Africa, and peoples of African descent, still facing the debilitating effects of modern colonialism or neocolonialism?”.