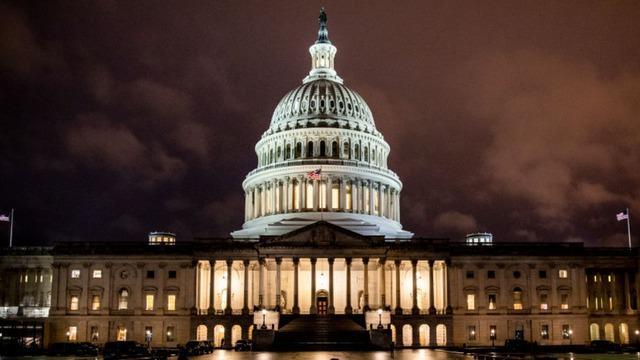 Washington — The Senate voted to move forward on a bipartisan infrastructure bill after weeks of negotiations on Wednesday, clearing a key procedural hurdle on a bill that includes $550 billion in new spending for infrastructure projects around the country.

The vote to advance the legislation Wednesday night was 67 to 32, with 17 Republicans joining Democrats in voting in favor. Sixty votes were required to move the bill forward. The text of the proposal had not yet been released when the vote took place.

As recently as this week, negotiations over the proposal appeared on the brink of collapse, but Senate Republicans announced earlier Wednesday that they had reached an agreement with the White House and Senate Democrats over the “major issues” in the bill.

The proposal includes some of President Biden’s top domestic priorities and provides billions of dollars in funding for bridges, roads, broadband internet, clean water, public transit and more over the next five years. It encapsulates so-called “hard” infrastructure and is separate from Democratic efforts to pass a $3.5 trillion package for so-called “soft” infrastructure, which includes policies like Medicare expansion and universal child care.

According to a White House fact sheet, the legislation includes:

“This deal signals to the world that our democracy can function, deliver, and do big things,” the president said in a statement before the vote. “As we did with the transcontinental railroad and the interstate highway, we will once again transform America and propel us into the future.”

The procedural vote came hours after five GOP senators negotiating the framework announced that they reached an agreement. Shortly after that, Senate Majority Leader Chuck Schumer said he believed Democrats had the votes to move ahead with the vote. Late Wednesday, Senate Minority Leader Mitch McConnell indicated he would vote yes on proceeding with the bill, all but guaranteeing enough votes.

The bipartisan bill would be funded by unspent emergency relief funds, corporate user fees and strengthened tax enforcement for crypto currencies, among “other bipartisan measures,” the White House said. The bill would also use roughly $53 billion from states that returned unused enhanced federal unemployment money.

House Speaker Nancy Pelosi was cautiously optimistic about the bipartisan bill’s prospects Wednesday morning, after a deal was announced but before details were released. At the time, she did not commit to ensuring the bipartisan legislation gets a vote as is on the House floor and reiterated her position that the House would not take up the bipartisan bill until the Senate moves on the $3.5 trillion reconciliation package.

“I can’t commit to passing something that I don’t even know what it is yet. But I am hoping for the best,” Pelosi told reporters Wednesday morning.

After the bipartisan group of senators announced they had resolved their major outstanding issues earlier in the day, Senator Kyrsten Sinema of Arizona, a lead Democratic negotiator of the bipartisan framework, suggested in a statement that she has concerns about the cost of the $3.5 trillion budget resolution. All 50 Democrats would be needed to pass a larger package using reconciliation, which wouldn’t require any Republican votes.

“After reviewing the Senate Budget Committee’s outline, I have told Senate leadership and President Biden that I support many of the goals in this proposal to continue creating jobs, growing American competitiveness, and expanding economic opportunities for Arizonans,” Sinema said in a statement. “I have also made clear that while I will support beginning this process, I do not support a bill that costs $3.5 trillion — and in the coming months, I will work in good faith to develop this legislation with my colleagues and the administration to strengthen Arizona’s economy and help Arizona’s everyday families get ahead.”

Please click on link: Where is the Green Economic Development Plan for African Americans in The Implementation of Biden’s Green Infrastructure Plan?