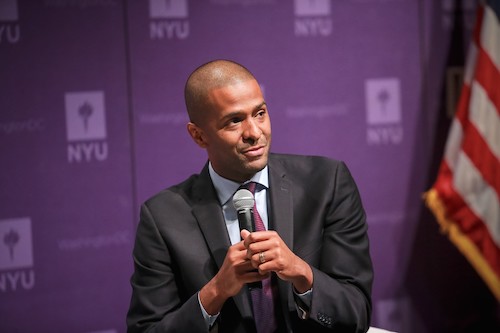 Many are familiar with Bakari Sellers through his role as a CNN political analyst. At the age of 22, he was the youngest-ever member of the South Carolina state legislature. He is an attorney. He is the son of Cleve Sellers, who was an organizer with the Student Nonviolent Coordinating Committee (SNCC) in the 1960s. As a result, young Sellers grew up in the presence of his father’s activist friends, including Julian Bond, Kathleen Cleaver and Stokely Carmichael. So was his path destined to be? Perhaps.

In 1968, Cleve Sellers was wounded during Orangeburg Massacre after South Carolina state troopers opened fire on students protesting segregation at a local bowling alley. The shooting took place on the campus of South Carolina State University, a historically Black institution. Three students were killed. Sellers was convicted of inciting a riot and went to prison for seven months. Sounds familiar? The elder Sellers went on to receive a doctorate at the University of North Carolina at Greensboro and served as president of Voorhees College in Denmark, S.C.

The Orangeburg Massacre happened before the younger Sellers was born, but that’s still heavy family history. That family history informed how the younger Sellers reflected on the mass killing of nine African Americans at Emanuel African Methodist Episcopal Church on June 17, 2015, in Charleston, S.C. Sellers knew Clementa C. Pinckney, the church pastor and a member of the South Carolina state legislature where they both served. 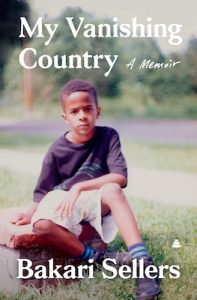 “I talk about not just that incident but how it’s informed my perspective being a child of the movement,” Sellers said about the Orangeburg Massacre in a recent interview. “It’s my trauma and pain of living with that and carrying that burden and legacy all the way through the Charleston massacre, where my good friend Clementa Pinckney was gunned down.”

Sellers’ view of America is also shaped by his growing up in a working-class Black community of Denmark, which was not unlike many rural southern communities or even some predominately Black D.C. neighborhoods. It was a part of town where there were Black homeowners. Black-owned businesses flourished. There were stores, doctors, lawyers and other professionals that communities counted on. But the structure of America was not designed to ensure a lifetime of success for this type of neighborhood. Another form of trauma.

“All the promises that are supposed to be afforded to us are not afforded to us because of color, the low income, or immigrants,” Sellers said in a recent interview while explaining the title of his book. “The dream this country is supposed to provide is vanishing before our eyes.”

The personal history shared by Sellers in “My Vanishing Country” matches up with many issues that people today are marching about through peaceful protest. This autobiography gives Sellers a platform to share his anxieties and his concerns about what America holds for him, his wife and three children. But Sellers will not hold back on what he feels is right.

“My Vanishing Country: A Memoir” by Bakari Sellers is published by Amistad/HarperCollins.