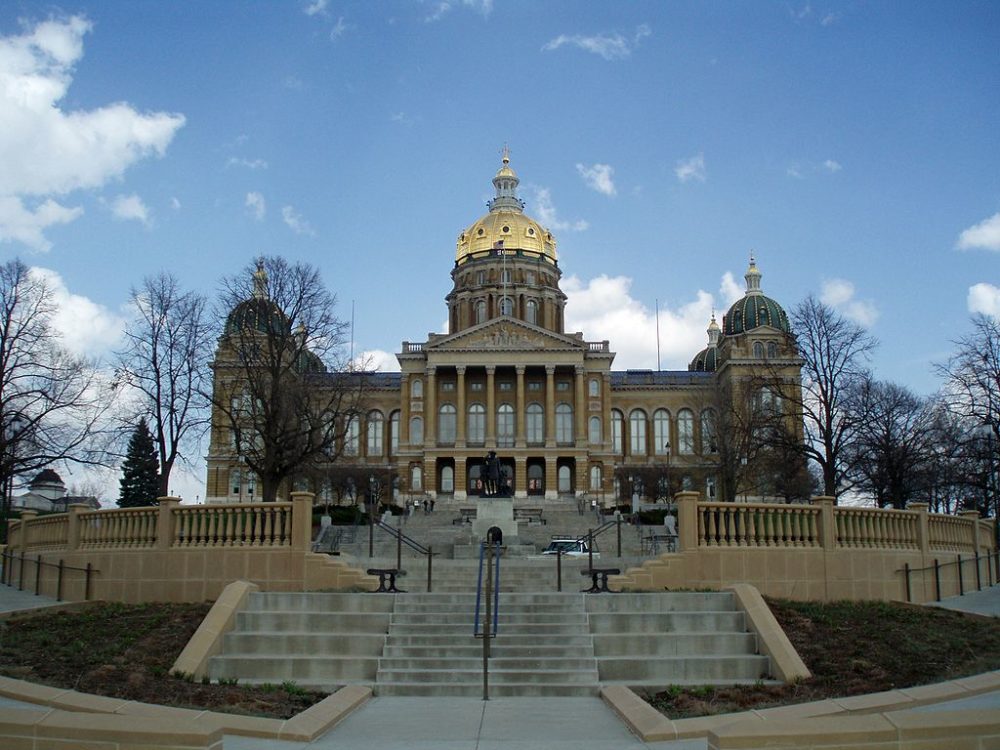 A spokeswoman for MidAmerican Energy did not directly answer a question about its role in the group, but solar industry supporters said the timing and similarities in messaging suggest a link.

“This group didn’t exist until the utilities, particularly MidAmerican, started pushing a bill that would decimate the distributed solar industry in Iowa,” said Josh Mandelbaum, a lawyer with the Environmental Law & Policy Center.

In late January, a few weeks before the introduction of two bills that would impose new costs on solar customers, a website and Facebook page surfaced for an organization calling itself the REAL Coalition, which claims it “gives voice to Iowa consumers, farmers and businesses on the energy issues affecting our state.”

The website decries what it calls the “solar cost shift,” and urges legislators to “keep the interests of ALL your constituents in mind and vote YES” on bills moving briskly through both chambers that would impose substantial new fees on electricity customers who generate some of their own power.

MidAmerican Energy was heavily involved in drafting the bills and issued a press release in support of them. The utility neither confirmed nor denied a role in setting up the group.

Read more: Iowa looks to be the next battleground for solar net metering policy

The legislation offers four alternatives to the state’s current net metering policy. Customers could continue net metering with a flat minimum fee if their utility bill falls below a certain threshold. They could choose to accept a new demand fee on top of current charges. They could adopt a dual-meter, buy-all-sell-all model earning wholesale instead of retail rates for unused solar. Or they could accept a “cost of service” rate that’s yet to be determined.

The solar industry has predicted that the bill likely would upset the economics of on-site solar generation enough to decimate the industry.

The organization has left little trace of its real identity. The Des Moines law firm of Steven Wandro filed incorporation papers and is the only name associated with the organization in records filed with the Iowa Secretary of State.

Wandro said another attorney in his firm completed the process to create the organization on Jan. 23. Wandro added that he knows almost nothing about it, “which is typical.”

The lack of transparency is the major problem here, as Mandelbaum sees it.

“They’re allowed to make their case,” he said. “But they’re trying to make it look like the public is behind what they’re doing.”

The REAL Coalition also has been calling people with its message that solar-owning customers are being subsidized by the others, and should pay more, according to Kerri Johannsen, who directs the energy program for the Iowa Environmental Council. “People should know who they are receiving a message from. In this case, there’s no way to tell.”

The group’s Facebook “likes” ballooned from 8 on Wednesday to more than 500 by Thursday. Meanwhile, at least a dozen comments critical of the group or the anti-solar bills were deleted from its Facebook page.

“You know that FB users can see that you are deleting the comments off your posts,” one user wrote in a comment Wednesday.