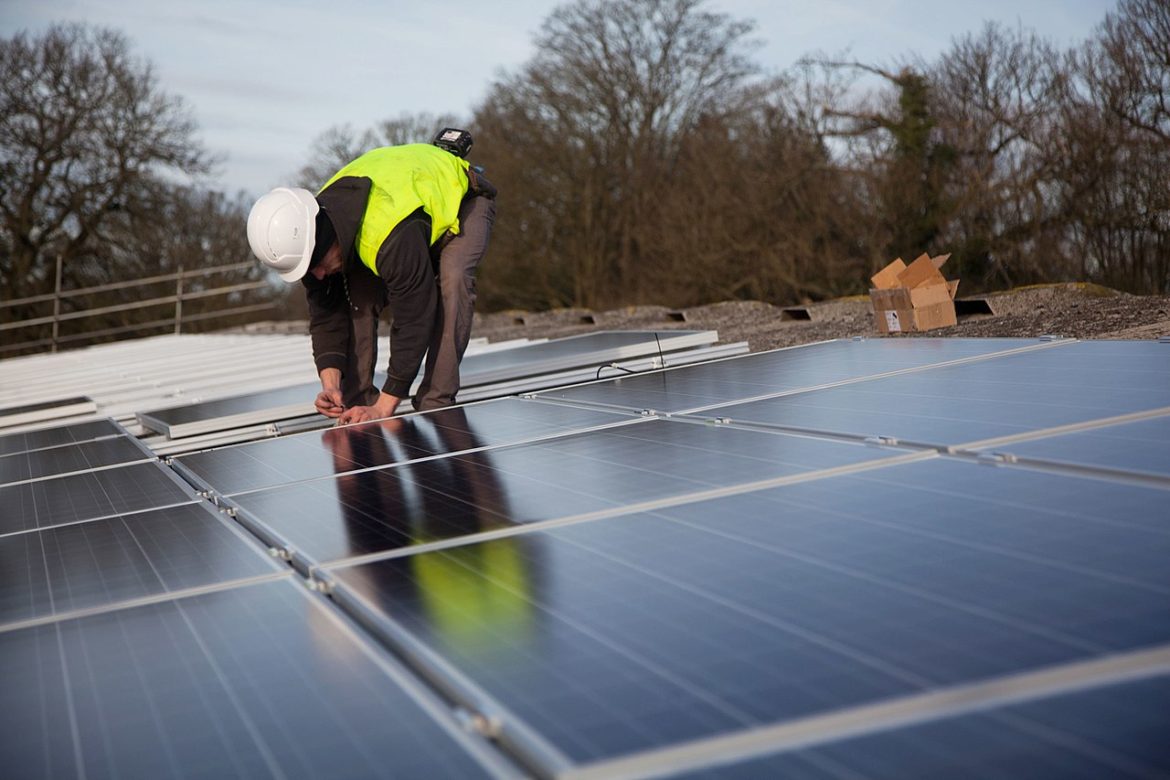 A worker installs solar panels on a barn roof. A national survey of nearly 800 solar employers and workers released Monday shows that the industry needs to adopt more inclusive recruiting practices in order to improve the diversity of its workforce.

A new report shows the solar workforce is mostly white and male, and that changes are needed to close diversity gaps.

The solar industry needs to adopt more inclusive recruiting practices in order to improve the diversity of its largely white and male workforce, according to a report released Monday by two leading industry groups.

The 2019 U.S. Solar Industry Diversity Study is based on a national survey of nearly 800 solar employers and workers by the nonprofit Solar Foundation and the Solar Energy Industries Association.

The report shows little change from a 2017 edition. The percentage of women and non-white workers is comparable or slightly better than other energy, construction and manufacturing fields but worse than the U.S. workforce overall.

Among the report’s findings:

The burgeoning industry may be in a unique position to tackle the problem, said Solar Foundation President and Executive Director Andrea Luecke. The distributed nature of the technology means it can be built in all types of communities while involving dozens of different solar occupations, many of which don’t require higher education.

“This is a technology that has potential to reach into [a variety of communities] and potentially improve the livelihoods of people nationwide,” Luecke said.

The most common recruitment methods may contribute to the industry’s lack of diversity. Solar companies reported often relying on “professional or personal networks,” the study notes, which “can lead these companies to overlook candidates from diverse backgrounds or not spend the time to cast a wider net.” People of color were much less likely to find their positions through an employee referral or word of mouth.

“They’re trying to fill many positions very quickly. It’s easier to just hire friends or the first people who knock on your door than to cast a wide net,” Luecke said. “It’s not that the industry is lazy, it’s that they’re already operating on razor-thin margins. It’s one of those things no one wants to deal with, and it hasn’t been dealt with in a meaningful way until now.”