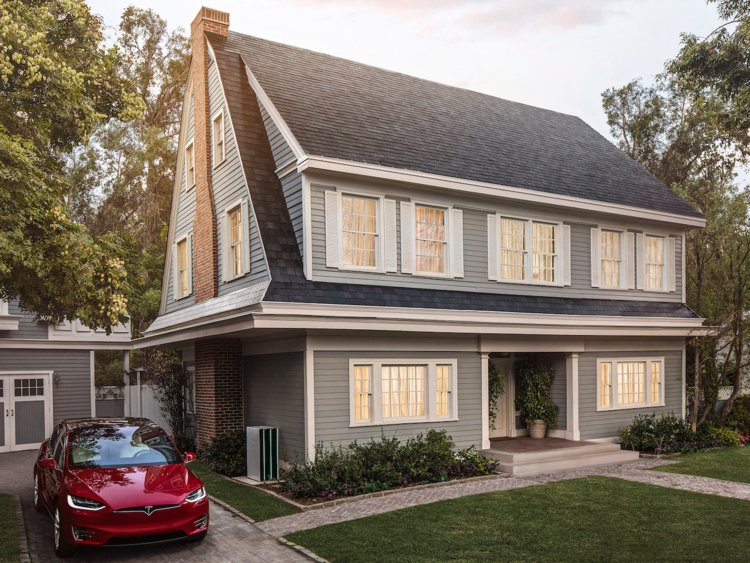 Tesla has presented itself as a one-stop-shop for transitioning toward clean energy, but installation timelines for some of its energy products have been unclear, according to current and former employees. Tesla

Tesla has sold customers on the idea that it is a one-stop-shop for transitioning toward clean energy. Between its electric vehicles, home charging units, solar panels, and home batteries, the company offers customers the opportunity to buy into an integrated system of products that can power their homes and cars with solar energy.

But for two major pieces of that system — its Powerwall home battery and solar roof — the company has left its customers and salespeople wondering when the products will arrive, current and former Tesla employees told Business Insider.

Business Insider spoke to one current employee and seven former employees who each left the company within the past two months. The current and former employees worked across five states: California, Nevada, Florida, Maryland, and Utah. Six were energy salespeople, one was a vehicle delivery person who also sold vehicles and energy products, and one handled administrative work for energy sales. Each requested anonymity for fear of reprisal from Tesla.

“We don’t have Powerwalls. We would get very, very small shipments in tiny, tiny increments. We had people waiting around for months and months and months,” a former sales manager said. The Powerwall is an important point of differentiation for Tesla, as most of its competitors in the solar panel production business don’t make home batteries, which allow energy absorbed by solar panels to be stored for use at night or other times when sunlight is not available — or when electricity prices are high.

Current and former salespeople told Business Insider they were given shifting timelines, ranging from two to 12 months, for when the Powerwall would be available for installation. The most commonly cited timeline, around six months, was rarely met, former and current employees said.

Customers were more likely to wait over a year to receive their Powerwalls, sources said, and some would cancel their orders when installation timelines changed.

“I hated when I sold a Powerwall because I knew I really didn’t know when they were going to come in,” a former salesperson said. In addition to providing uncertain delivery timelines, former salespeople said Tesla eliminated the commission they would receive for selling a Powerwall, which further decreased their desire to sell it.

Tesla declined to comment on the timelines it has given salespeople for Powerwall deliveries, the number of cancellations it has received for the Powerwall, or its commission structure for energy salespeople.

Tesla’s solar roof— which consists of a series of solar panels that resemble roof tiles and are meant to cover a customer’s entire roof — is a major selling point for the company. It was designed to be more aesthetically pleasing than typical solar panels and more durable than traditional roof tile materials like clay, slate, and terra cotta.

Tesla began taking reservations for the solar roof in May 2017, but the company has failed to give salespeople a clear, consistent timeline for when it will be available, sources said.

In May 2017, Tesla said installations would begin that summer, but the first installations for customers who weren’t Tesla employees didn’t begin until April 2018.

Current and former salespeople said they either were instructed or chose to avoid talking about the solar roof with customers due to uncertainty about its availability and the fact that they would receive little or no compensation for getting a customer to reserve one.

“Those were unicorns, as far as we’re concerned,” a former sales manager said. “There is no clear communication as to what’s going on with the roof.”

Tesla declined to comment on how it has communicated with salespeople about delivery timelines. A Tesla representative told Business Insider that salespeople in its stores do not actively sell the solar roof, but can help customers make a reservation for one as the company ramps up solar roof production at its factory in Buffalo, which it operates with Panasonic.

In its first-quarter earnings report this year, Tesla said it anticipated a significant increase in solar roof production during the second half of the year. A Tesla representative said the company was ahead of its hiring commitments for the Buffalo factory, which employs over 600 workers, but declined to comment on its hiring plans for the rest of the year. In May, Panasonic said it wanted to hire 80 new employees for the factory, The Buffalo News reported.

If you’ve worked for Tesla and have a story to share, you can contact this reporter at mmatousek@businessinsider.com.

SEE ALSO: Tesla’s new assembly line in a tent is unprecedented — but it doesn’t necessarily spell doom for the company