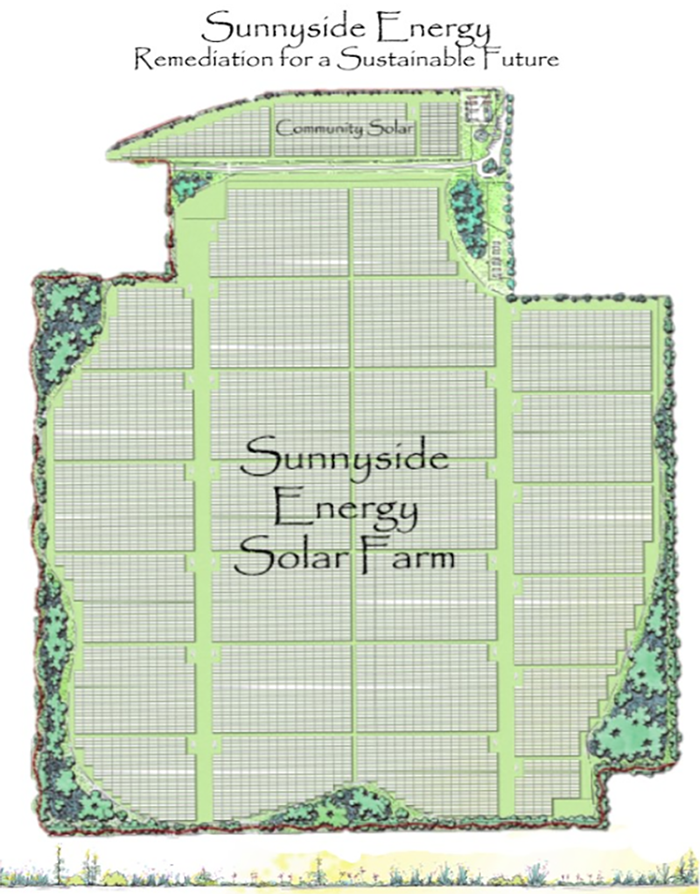 August 29, 2019 — Mayor Sylvester Turner announced today that Sunnyside Energy, led by developer Dori Wolfe of Wolfe Energy LLC, has won a competition to be considered to repurpose a  240-acre former landfill in Sunnyside. Subject to meeting certain terms and conditions, the team will construct one of the largest urban solar farms in Texas., if not the largest.

“It is fitting that Sunnyside would be home to one of the largest urban solar farms in Texas,” Mayor Turner said. “The project proposes to not only revitalize an underutilized piece of property that has been an eyesore to the community for years, but could also make Sunnyside a more complete, sustainable and resilient community.”

“Reinventing the landfill into a solar farm will help bring much-needed economic development to the community and makes Sunnyside part of the international energy transition to using ‘clean,’ renewable energy sources, reducing pollution and limiting climate change in the process,” the mayor added.

In 2017, Mayor Turner joined C40 Reinventing Cities – a global competition for innovative carbon-free and resilient urban projects. Together with 13 other cities across the globe, underutilized parcels of land were identified for redevelopment. Through this competition, the Sunnyside Energy team of engineers, architects, neighborhood groups, and artists have created a vision to transform the unmaintained closed landfill into a beacon of sustainability and resiliency.

“Reinventing Cities recognizes low-carbon solutions in cities around the world and makes it possible for these innovative ideas to become reality. It is evident why Houston’s Sunnyside Energy project is one of the world’s best,” said David Miller, Director of International Diplomacy and the Regional Director of North America at C40 Cities. “Transforming a former landfill into a site that will be carbon-positive by its fifth year illustrates how taking bold action gets us closer to achieving the future we want.”

Next steps will be for the City of Houston and Wolfe Energy LLC. to complete the financial and environmental feasibility, finalize the design plan with community input and negotiate contract lease terms for use of the land. The project is estimated to begin in 2021.

The preliminary design calls for the development of a 70 Megawatt ballasted solar array that would:

Sunnyside Energy is a partnership among EDF Renewables, MP2 Energy and Wolfe Energy to supply electricity to the Houston-area power grid through MP2 Energy and CenterPoint, meaning the solar-generated power would be distributed across the metropolitan region.

“We’re excited to come together with the City of Houston, Wolfe Energy and the other members of this team to work on this project,” said Kevin Boudreaux, MP2 Energy Vice President of Solar Operations.  “As the first project of its kind planned for Houston, we’re looking forward to the opportunity to be a part of something that has the potential to provide unique benefits to the community and help Houston on its path addressing the challenges of the energy transition.”

“EDF Renewables is proud to be selected to bring our depth of expertise in solar project development and construction, particularly our experience in brownfield sites, to Sunnyside Energy,” said Rod Veins, Executive Vice President, EDF Renewables’ Distributed Solutions Group.  “We applaud the City of Houston for its leadership is progressing the transition to a sustainable energy future.”

Sunnyside solar will not only bring jobs to the area, but also help teach future generations of Houstonians about renewable energy. Houston Renewable Energy will provide solar installation training at the neighboring Sunnyside Community Center. Qualifying graduates of the training program will have an advantage in securing a job during the construction of the 70 MW solar farm, designed and constructed by EDF-Renewables.

“The community will have a voice both during the design phase and into the future, through the creation of the Sunnyside Energy Trust. It will be energy for the community by the community,” according to Efrem Jernigan, president of South Union CDC and one of the lead community members on the team.

Increasing Houstonians use of solar power is a key component of the city’s recently released draft Climate Action Plan. About 92 percent of the electricity used by the City of Houston to operate its facilities comes from solar and wind sources, making Houston the largest municipal user of renewable energy in the nation.

More details about the project are available at www.greenhoustontx.gov andhttps://www.c40reinventingcities.org. 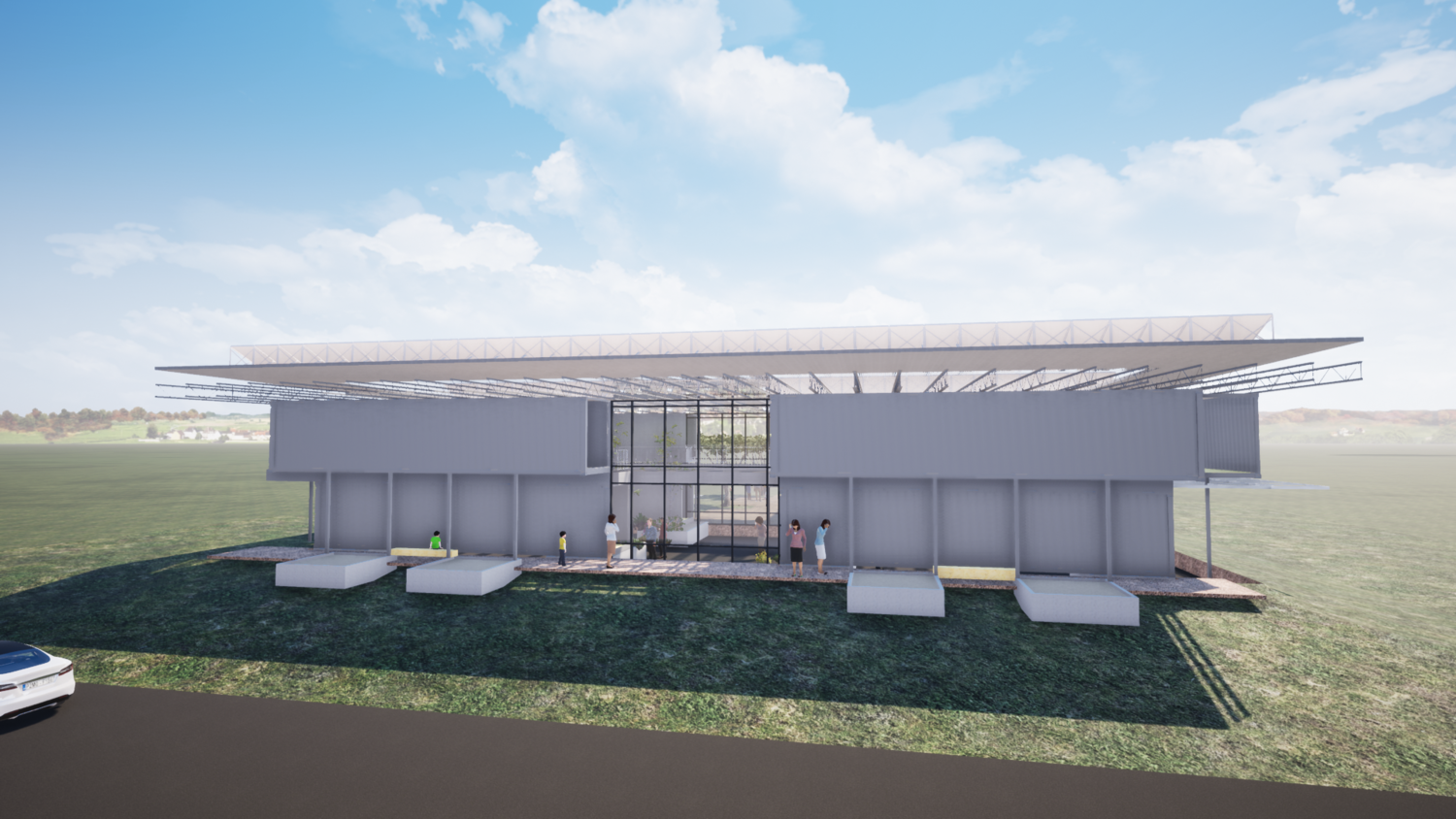 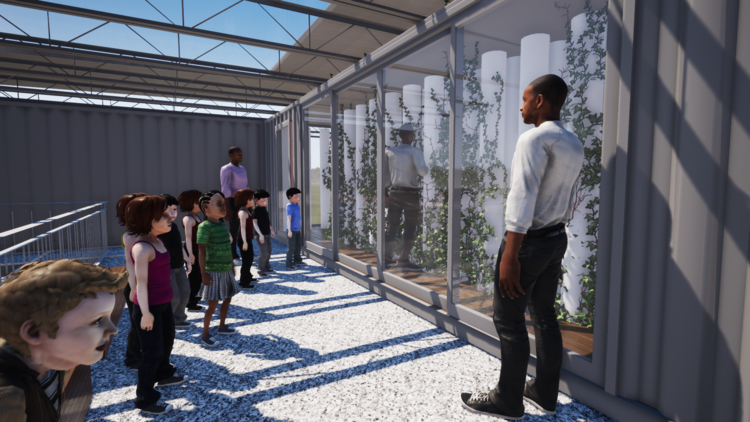 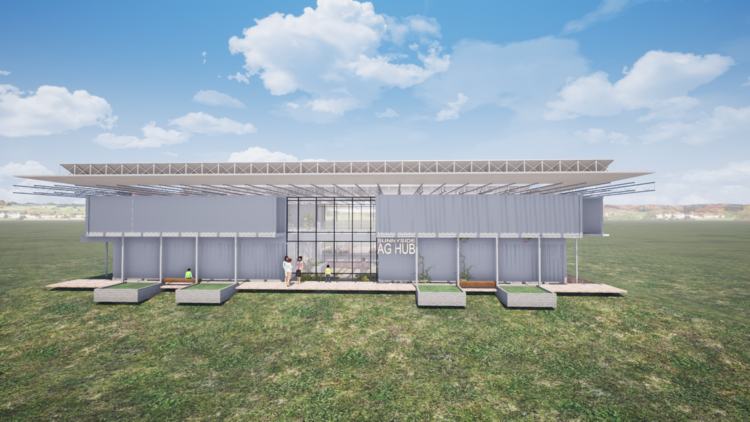 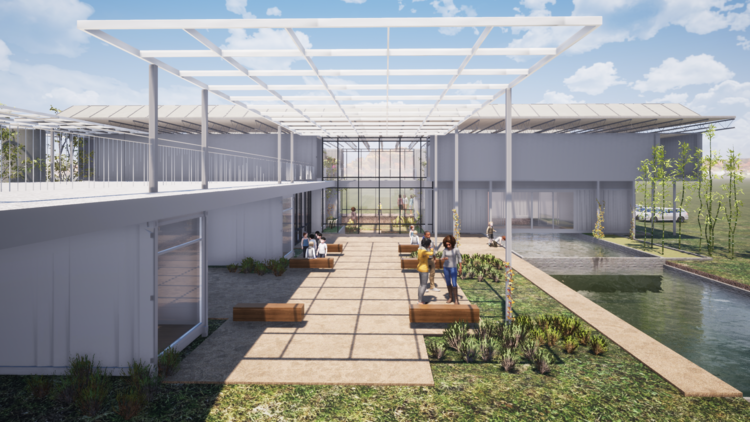 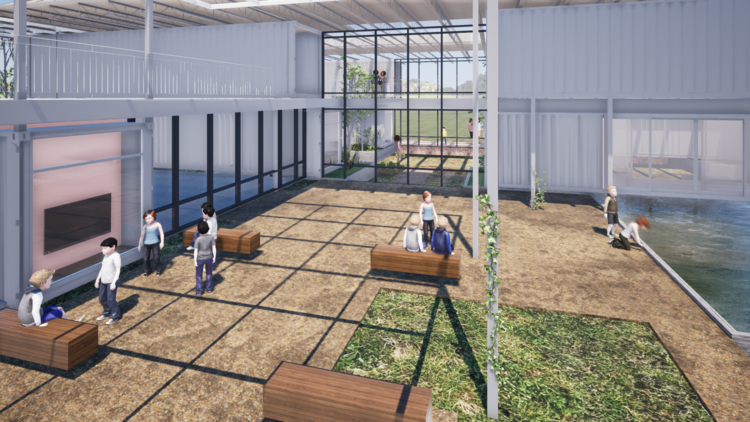 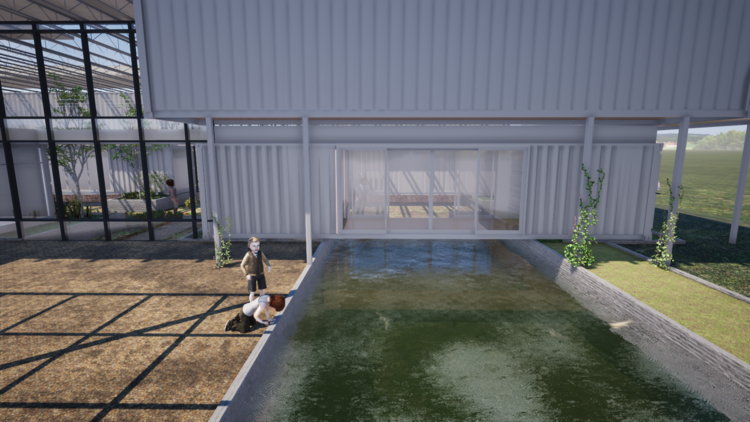 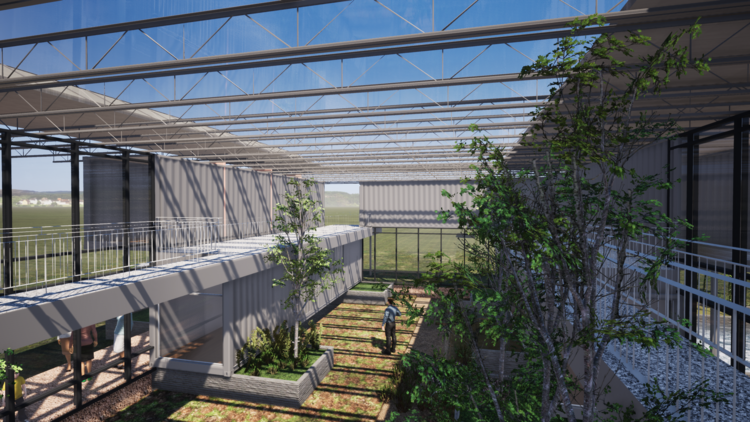 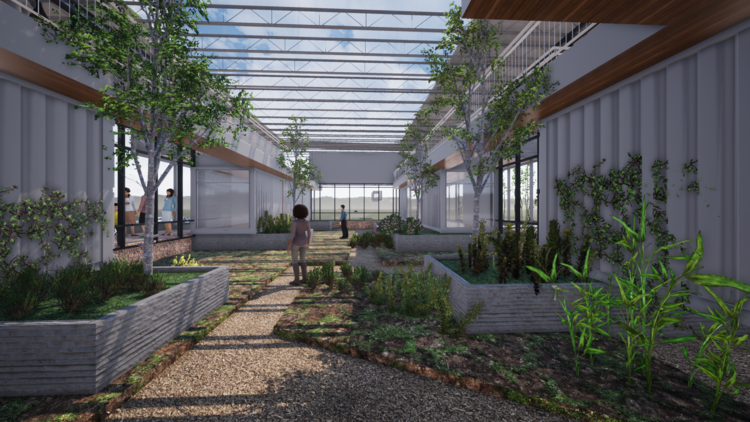 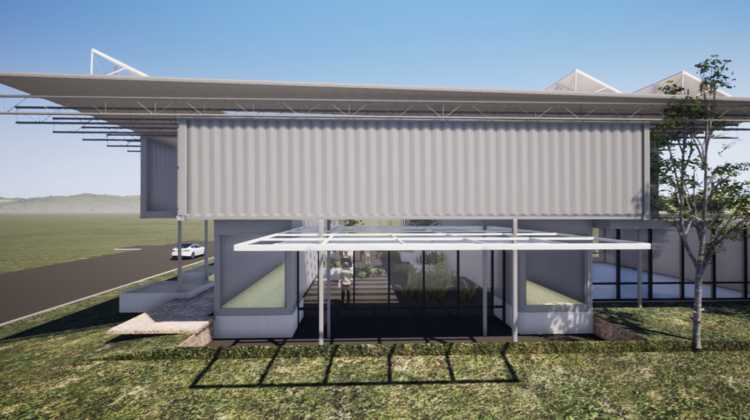 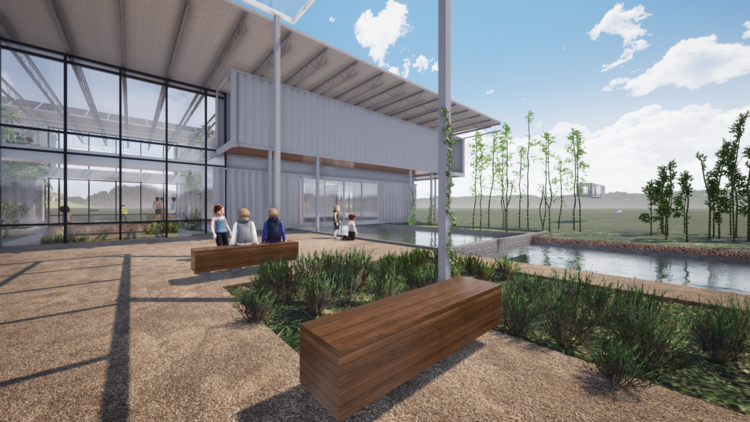 “This center will provide our area with a hub for community events, education, and jobs. It will serve as an icon and catalyst for the redevelopment of the entire area.”
The Sunnyside Ag Hub addresses the needs of communities in Food Deserts by providing an educational and demonstration garden center and a processing and packaging hub for local gardeners and urban farmers.. Exhibition and demonstration gardens and displays educate the community in effective and profitable small and medium scale gardening methods.

The building and its programs aim to be carbon-neutral and economically self-sustaining through the use of intensive closed-loop aquaponic growing techniques. The project up-cycles and reuses many materials and “waste” from local construction, starting with the recycling of 12 used shipping containers which form the structure. Raised planter beds are created with used wood scraps from nearby construction sites. A solar array provides energy for the building and is sold back to the grid. All rainfall on the site is captured and reused. Biophilic design principles connect the visitors and workers with the healing and restorative effects of nature.