As small businesses and individuals struggle to obtain federal aid, the wealthiest are poised to reap tens of billions of dollars in tax savings. 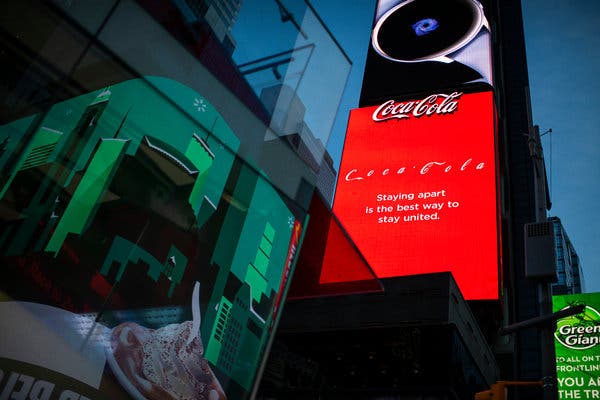 Big companies, including Coca-Cola, lobbied for one of the tax breaks for the last two years.

As the federal government dispenses trillions of dollars to save the economy, small businesses and out-of-work individuals are jostling to grab small slices of aid before the funds run out.

But another group is in no danger of missing out: wealthy individuals and big companies that are poised for tax windfalls.

As part of the economic rescue package that became law last month, the federal government is giving away $174 billion in temporary tax breaks overwhelmingly to rich individuals and large companies, according to interviews and government estimates.

Some of the breaks apply to taxes that have long been in the cross hairs of corporate lobbyists. They undo limitations that were imposed to rein in the giveaways embedded in a $1.5 trillion tax-cut package enacted in 2017. None specifically target businesses or individuals harmed by the coronavirus.

One provision tucked into the federal economic-rescue law increases the amount of deductions companies are permitted to take on the interest they pay on large quantities of debt. Only companies with at least $25 million in annual receipts can qualify for that break.

Another change lets people deduct even more of their businesses’ losses from any winnings they reaped in the stock market, sharply reducing what they owe in capital gains taxes. Only households earning at least $500,000 a year — the top 1 percent of American taxpayers — are eligible.

And yet another provision in last month’s rescue package allows companies to deduct losses in one year against profits that they earned years earlier. The tax break most likely won’t put any extra cash directly into the hands of companies hit by the current crisis for at least a year.

The bottom line is that, barely two years after congressional Republicans and President Trump lavished America’s wealthiest families and companies with a series of lucrative tax cuts, those same beneficiaries are now receiving a second helping.

Many of the tax benefits in the stimulus are “just shoveling money to rich people,” said Victor Fleischer, a tax law professor at the University of California, Irvine. While the 2017 tax-cut package was a bonanza for big companies and wealthy individuals, in order to keep the law’s overall costs down it imposed a number of restrictions on who could take advantage of certain tax breaks and how much those taxpayers could reap.

Now, with the 2020 stimulus package, Congress has temporarily repealed a number of those limitations. “Under the cover of the pandemic, they are undoing the perfectly sensible limitations” that moderated the size of the 2017 tax cuts, said H. David Rosenbloom, a corporate tax lawyer at Caplin & Drysdale and head of the international tax program at New York University’s law school. “And taking into account the giveaways in that act, it’s a joke.” 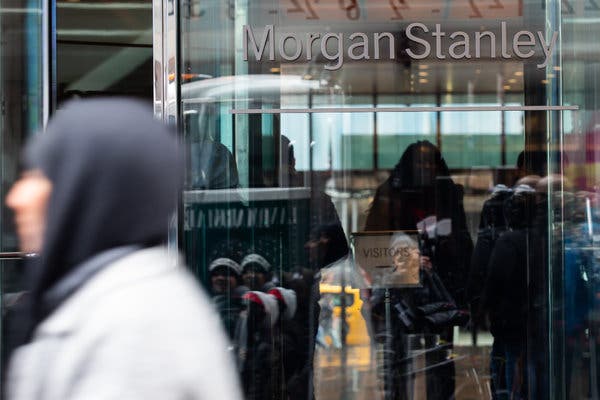 The new law temporarily undoes a restriction on companies using losses in one year to obtain refunds for previous profitable years. Big companies, including Morgan Stanley, have lobbied on related issues as recently as this year, according to the Center for Responsive Politics.Credit…Jeenah Moon for The New York Times

Senator Charles Grassley, the Iowa Republican who is chairman of the Senate Finance Committee, defended the changes. The stimulus law “threw a much-needed financial lifeline to businesses of all sizes, types and industries to give them the best chance to survive,” he said. He added, “The attempt to paint these bipartisan tax provisions as a boon for particular industries or investors completely misses the mark.”

One of the breaks temporarily rolls back the 2017 restriction on how much debt some companies can deduct from their taxes. That restriction was the subject of lobbying for the last two years by big companies, including Coca-Cola and Hewlett Packard Enterprise, according to federal lobbying records. The National Association of Manufacturers, whose board includes executives from Exxon Mobil, Raytheon, and Caterpillar, has pushed lawmakers for similar changes.

Earlier this month, the Joint Committee on Taxation, a nonpartisan congressional body, found that the two other breaks — those that allow people to deduct only-on-paper losses from their tax bills — would go largely to people making at least $1 million a year.

That analysis came in response to requests by the Democratic lawmakers Representative Lloyd Doggett of Texas and Senator Sheldon Whitehouse of Rhode Island. On Tuesday, Mr. Doggett introduced legislation that would roll back major chunks of the tax breaks. Among other things, it would no longer let people who earn more than $500,000 to immediately deduct all of that year’s business losses from their capital gains.

“Tax giveaways for a wealthy few shouldn’t have come near a coronavirus relief bill,” said Senator Whitehouse, who plans to introduce a Senate version.

The biggest tax break permits wealthy investors in, say, the real estate or energy businesses to use only-on-paper financial losses — such as from writing down, or depreciating, the value of assets — to reduce the taxes they owe on profits from stock market investments.

The provision does not single out real estate. But the industry is well known for generating tax losses from depreciation even in profitable years.

The 2017 tax-cut law limited the ability to use those losses. A married couple could shelter only the first $500,000 of their nonbusiness income — such as capital gains from investments — in the year that the loss was generated. Any leftover losses would be rolled over into future years.

The stimulus undoes those restrictions for this year and, retroactively, for 2018 and 2019 — meaning that wealthy households will be able to shield far more of their capital gains from taxation.

The 2017 law also restricted the ability of companies to use so-called net operating losses — which are losses that companies report on their tax returns, even if they are otherwise profitable — to reduce their tax bills. (Net operating losses can include expenses that are only for tax purposes and that don’t reduce profits reported to shareholders.) No longer could such losses from one year be used to retroactively cancel out profits accumulated in previous years, thus generating tax refunds.

The new law temporarily undoes that restriction, enabling companies to use losses in one year to get refunds for previous profitable years.

Big companies, including Morgan Stanley, have lobbied on issues relating to such tax losses as recently as the first few months of this year, according to records compiled by the Center for Responsive Politics.

Among the problems with this tax break, critics say, is that it isn’t aimed at the companies hit by the coronavirus pandemic. Under the new law, companies that will suffer big losses in 2020 won’t be able to use those losses to obtain refunds until they file their tax returns at least a year from now.

The provision will quickly put cash into a company’s pockets if it had tax losses from 2019 or earlier — well before the pandemic — that can be applied against profits from preceding years.

The tax breaks for companies that report losses are likely to be especially lucrative because the 2017 tax law created new deductions that could generate large paper losses — for tax purposes only — for otherwise profitable companies in 2018 and 2019. For example, the 2017 law permitted companies to fully write off certain types of investments in the first year, instead of stretching those deductions over several years. That, in turn, meant companies could report profits to their shareholders but losses on their tax returns.

A third break, worth more than $13 billion over a decade, temporarily loosens 2017 restrictions on how much interest big companies can deduct on their tax returns. Private equity firms, which rely on borrowed money to generate big profits, have been urging the Treasury Department to write favorable rules governing the restrictions on how much interest on their debt companies can deduct from taxes.

The private equity industry is poised to benefit from the rescue package. Companies with at least $25 million in annual revenue are now eligible to deduct more interest from their tax bills — a change that will make the private-equity business model even more lucrative. Private equity firms amplify their profits by using borrowed money to finance their investments. Deducting even more of the interest on that debt from their taxes would further boost their profits.

The tax break “allows private equity to swoop in and scoop up struggling businesses,” said Matthew Rappaport, a tax lawyer who specializes in private equity at Falcon Rappaport & Berkman in New York.

Jesse Drucker is an investigative reporter for the Business desk. He previously worked for The Wall Street Journal and Bloomberg News where he won a pair of awards in 2011 for investigative and explanatory reporting from the Society of American Business Editors and Writers for a series on how U.S. multinationals shift profits into tax havens.