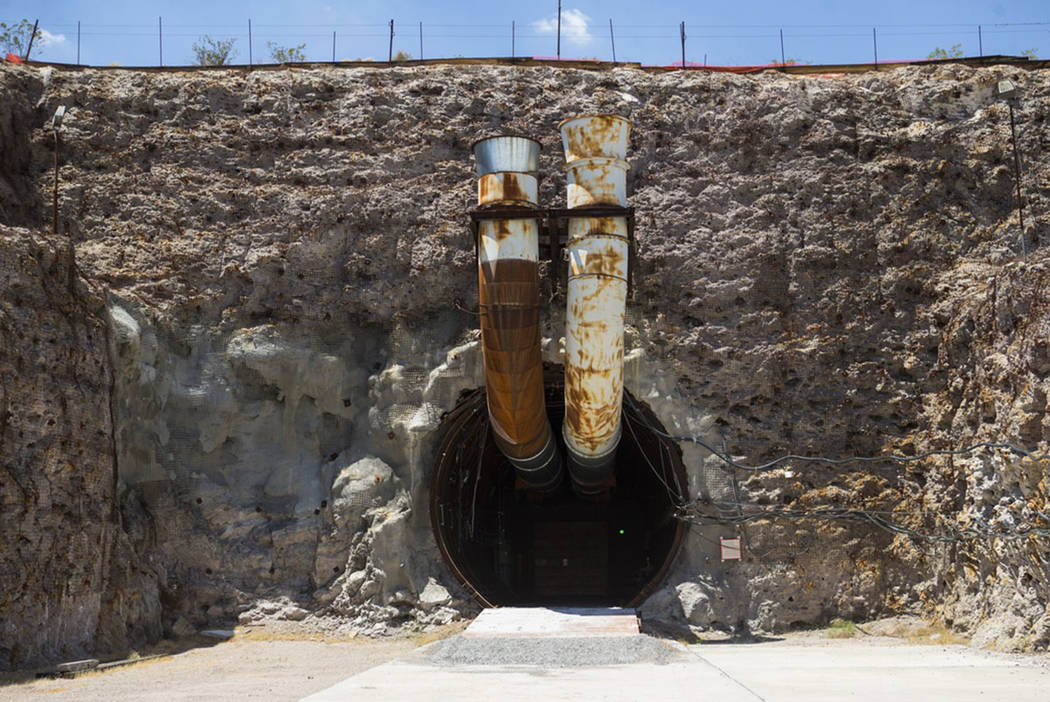 The Trump budget, set for release Monday, will include $116 million in the Department of Energy budget to restart licensing for the Yucca Mountain project and fund a “robust interim storage program,” an administration official familiar with the budget told the newspaper. The first two Trump spending plans allotted $120 million to restart licensing for the repository.

The spending blueprint also will include $39 million for the Nuclear Regulatory Commission to work on licensing the controversial project located 90 miles northwest of Las Vegas.

Both the Trump budget and the Yucca items are likely to be treated as dead on arrival at Congress, where such spending outlines have been routinely rejected for decades.

In 2017 and 2018, the GOP Senate dropped Trump’s funding for Yucca Mountain, which was designated by Congress in 1987 as the sole site to permanently store nuclear waste.

Nevada politicians from both parties, however, have tended to oppose the facility.

The state’s two U.S. senators, Catherine Cortez-Masto and Jacky Rosen, both Democrats, oppose licensing the project, which was halted under President Barack Obama in a move widely seen as at the urging of then-Nevada Sen. Harry Reid, also then the Senate majority leader.

Trump’s position has been harder to define.

In October 2016, as he campaigned for the presidency, the GOP nominee told KSNV-TV that he did not have a position on Yucca Mountain, but he expected to take a stand before the November election. That did not happen.

But then in March 2017, the Office of Management and Budget slated $120 million for Yucca and interim storage.

Mick Mulvaney, then the OMB director and now White House chief of staff, later told the Review-Journal, he put Yucca Mountain in the budget because, “We have to put this stuff someplace.”

“I’m surprised it got that much attention as it did,” Mulvaney added. “It’s only to explore the possibility of licensing.”

Then in October as Trump was campaigning in Elko for Heller, who later lost his bid for re-election, he suggested he might oppose the nuclear waste project.

“I think you should do things where people want them to happen,” Trump told KRNV News 4. “So I would be very inclined to be against it and we will be looking at it seriously over the next few weeks. And I agree with the people of Nevada.”

Now funding for the nuclear waste repository will be back in Trump’s spending plan.

Application hearings must be held to hear challenges by Nevada and other stakeholders and the Nuclear Regulatory Commission must determine whether Yucca Mountain is safe for long-term storage, and issue a license for Energy to build the repository.