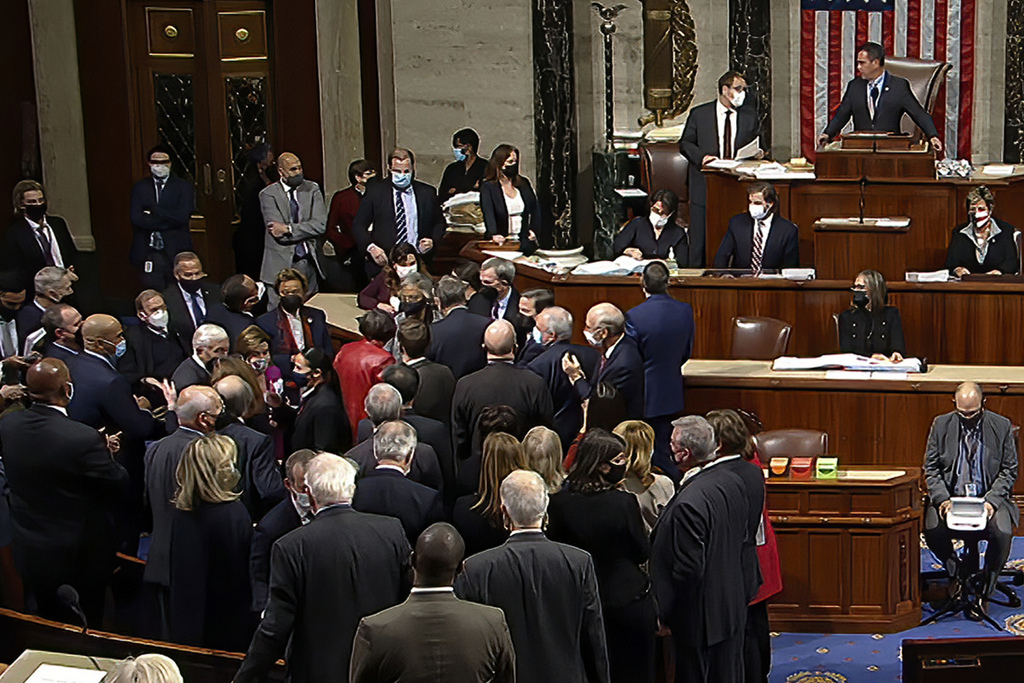 A historic list of benefits is on the way to African-American communities after Congress finally passed the bi-partisan infrastructure bill late Friday night.

Shortly before midnight, the House of Representatives passed a 1.2 trillion infrastructure package representing the most expansive measure of its kind in almost 70 years. The legislation will improve the nation’s ailing roads and highways, bridges, transit system, airport, railways, water systems and broadband and create thousands of jobs.

The measure passed 228-206, with the support of 13 Republicans. Six progressive Democrats voted against the bill, including four African-American members of the House of Representatives.  The legislation had already been approved by the Senate in August.

“I don’t think it’s an exaggeration to suggest we took a monumental step forward as a nation,” President Biden said at the White House Saturday morning along with Vice President Kamala Harris in a celebratory address to the American people.

Rice joined Biden, Harris and other members of the White House Policy Staff in working the phones to strongly urge House members to get past their differences in the days before the bi-partisan infrastructure bill passed.

“We cannot continue to disagree over sequencing or timing or what will be in or out at a certain dollar level,” Rice conveyed to members of Congress, imploring them to move the infrastructure legislation to a vote.

Rice took a break from calls to Congress last week to speak to the Black Press about provisions in the bi-partisan infrastructure bill that lend special support to Black communities including:

U.S. Rep. Kweisi Mfume (D-MD) shared that part of the reason he voted for the bi-partisan infrastructure bill was Baltimore’s glaring example of Federal transportation policy gone wrong in the heart of the city’s historic West side community.

“I voted in favor of this critical piece of legislation because of the benefits it will bring to Baltimore City, Baltimore County, and Howard County, including making funds available to address the ‘highway to nowhere’ and expanding opportunities for minority-owned businesses,” Mfume said in a statement immediately following passage of the bi-partisan infrastructure legislation.

A stretch of US-40 was built through Baltimore’s West Side in the 1970s displacing more than 1,000 African Americans. The highway was never completed, but hundreds of homes and businesses were destroyed to make way for the road.  Similar displacement of Black communities due to interstate highway construction happened throughout the nation from the 1950s to the 1970s, according to Tom Lewis, author of “Divided Highways: Building the Interstate Highways, Transforming American Life.”

Jeffries said communities that elected him and other CBC members needed to see results from Congress.

“The CBC wants to land the plane because the CBC represents communities that have the most to gain. It’s no more complicated than that,” Jeffries said.