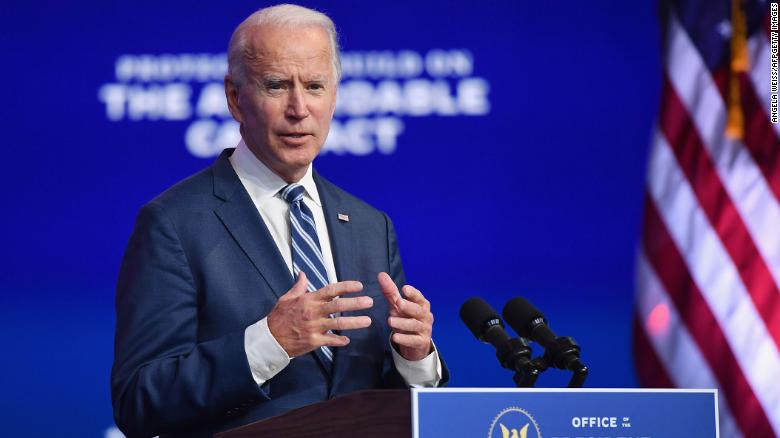 Washington (CNN)President-elect Joe Biden is planning a flurry of executive actions when he takes office on January 20, and many focus on combating the global climate crisis.

Biden’s legislative agenda on climate will largely depend on whether Democrats gain control of the US Senate, which will be decided in two run-off elections in Georgia taking place on January 5. But regardless of which party controls the Senate, Biden has pledged to sign a series of executive orders, which do not require congressional approval.
The 10 executive actions Biden has said he will take on his first day as president to combat the crisis and reduce emissions are:
Stef Feldman, Biden’s campaign policy director, tells CNN that Biden’s climate plan is an “all-of-government agenda,” and will be worked on across departments and agencies.
“From the very beginning of the campaign, when President-elect Biden rolled out his climate plan, he made it clear he sees this as an all-of-government agenda, domestic, economic, foreign policy,” Feldman said. “From the very beginning, when he talked about infrastructure, he talked about making sure that it built in climate change, that we are making our communities more resilient to the effects of climate change.”
Biden has laid out an ambitious climate plan with the goal of reaching net-zero greenhouse gas emissions by 2050. It includes a $1.7 trillion investment in clean energy and green jobs, and calls for an end to fossil fuel subsidies and a ban on new oil and gas permits on public lands.
The President-elect has also promised on his first day in office to rejoin the Paris climate accord, a landmark international deal to combat the climate crisis that Trump pulled out of in 2017.